It was an emotional episode of The Real Housewives of Atlanta on Sunday, as Kenya Moore and the cast came together to film a domestic abuse PSA

It was an emotional episode of The Real Housewives of Atlanta on Sunday, as Kenya Moore, Shereé Whitfield, NeNe Leakes, Kandi Burruss, Cynthia Bailey and Porsha Williams all came together to film a public service announcement about the dangers of domestic violence.

The Atlanta Housewives — some of whom have been the victims of abuse in the past, and others who were there to just lend their voices of support to the cause — wore white for the PSA, which was produced by Moore and shot (in black and white) by director Derek Blanks.

“I decided to produce a PSA on domestic violence to help spread the word on this important issue,” Moore said. “When it comes to domestic violence, you don’t have to look very far to find someone who has been adversely affected by it.”

Moore, 46, is one of those people. As she revealed during an emotional interview, the former Miss USA once had a near-death experience with an ex-boyfriend when she was only 16.

“When I was 16 years old, I dated someone who was 11 years my senior,” Moore explained. “It turned out to be a very physically abusive relationship to the point where I was stabbed, nearly killing me.”

“Knowing that this day in age — 20, 30 years later — it’s still occurring. I really wanted to do something about it,” she said.

“I stayed in that abusive relationship for really a long time,” Leakes continued. “I ended up having a child from that relationship. And eventually I was able to get out.”

Burruss, Bailey, Whitfield, Leakes and Moore spoke prewritten lines in the PSA, coming together at the end to tell audiences, “There is no excuse for abuse.”

Shamea Morton and Bailey’s mom Barbara Morris also gave testimonials about their own experiences — the former claiming that her ex-husband slapped her while waiting for their car at a valet after their anniversary dinner.

“His hand went across my face so hard,” Morton alleged, adding that her ex was jealous and had accused her of cheating on him. “The one pair of fancy shoes that I finally got from him, he knocked me right out of them. My shoes were over here and I was on the ground over there.”

Bailey was just a baby when her mother was going through this. “Though I was very young when all this was going on, I know that my dad was physically and verbally abusive towards my mom,” Bailey said. “I am proud of my mom because I know this is hard for her to talk about. She grew up in a generation where you just didn’t talk about that stuff. And I know this is a huge opportunity for her to heal from the situation and really really have some closure.”

“We only dated a few months before we got married. He became insanely jealous,” Morris claimed. “He did something bad enough for me to grab a knife to defend myself. Both my daughters were there then when that happened. I did not cut him. I had to really stop myself. I said, ‘Don’t do this.’ ”

RELATED VIDEO: RHOA’s Kenya Moore Pulls Gun on Three Trespassers at Her Home: ‘I Have a Right to Protect Myself’

While viewers didn’t see the full PSA, Moore — who said she hoped the clip would air on TV one day — said she was very happy with the way things turned out.

Whitfield, who has been open about her alleged past experience with abuse, was grateful for her the day.

“I know how important this is, and it’s passionate and something that means a lot to me too,” Whitfield said. “It’s always been so difficult for me to talk about this too, and I never wanted my past or my experience to be public. But over the past year I’ve dealt with this with ways that can help my kids and other people. And I’m so proud that we’re here doing this today.” 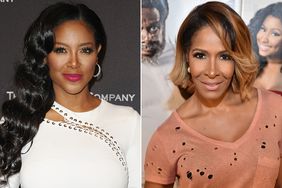 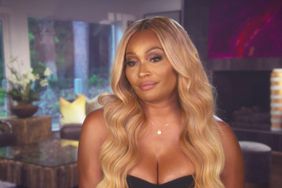 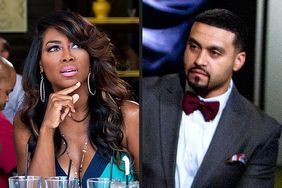 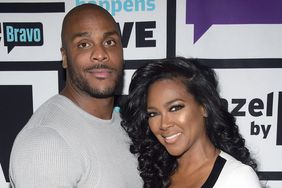 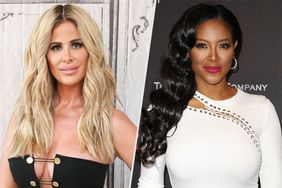 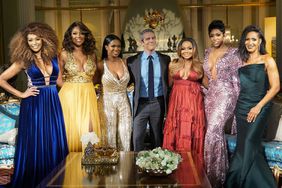 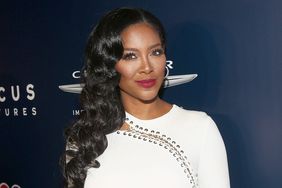