On Sunday's episode, Kenya Moore brought her baby girl on a cast trip without telling the other Housewives

The Real Housewives of Atlanta cast trip hasn't even begun, but someone already wants to go home.

But while Kenya coordinated for her 2-year-old daughter, Brooklyn, and nanny to come along on the trip, she didn't tell her fellow cast members that her little girl would be attending — or extend the same invitation for them to bring their own children.

Ahead of the trip, Kenya, 50, had lunch with LaToya Ali, and shared that she would be bringing both her nanny and Brooklyn on the trip. She also "arranged" for herself, Brooklyn, the nanny and LaToya to "fly private" from Georgia to South Carolina.

As to why the other women wouldn't be included in the airline transportation? Kenya told LaToya, 34, that "it doesn't make sense for all of us, because once you get into your mid-sized jets and your large jets, then it becomes like, $50,000," which she said she wouldn't spend.

"But if it means us getting there ahead of the girls and making sure Brooklyn is comfortable and the nanny, then I'm okay with that," she added.

She further revealed to LaToya that she and estranged husband Marc Daly couldn't talk, and claimed that she was restricted on what she could and could not do with Brooklyn.

At the time, Kenya and Marc had been separated for a year, and she said she was planning to file for full custody, saying, "I have full custody already."

(On Saturday, Marc told The Root that the pair had split for a second time after reconciling. "After recently attending mediation, Kenya and I have agreed to end our marriage. I will always have great care for her and look forward to amicably continuing to co-parent our daughter Brooklyn with an abundance of love and wisdom," he said in a statement.)

The decision to take a private plane stood in stark contrast to what she arranged for the other peach-holding Housewives: a sprinter van, which the women complained had "no air-conditioning."

"If they don't like the arrangements I made for them, I'm sure they have a platinum or gold or black American Express card that they can pull out if they want to — well, I can't say that, because some of them have really bad credit, I'm sure," Kenya told cameras about how she thought the other women would react to news of her taking a private jet.

Also during the lunch, Drew, 35, called Kenya to invite her to a dinner she would be hosting for some of the ladies before the trip. Kenya, who asked if LaToya could also be invited, revealed that she and LaToya would be going "ahead of all of you guys ... on a little private jet."

Fast-forward to Drew's dinner, Porsha, 39, disclosed that LaToya — who was absent from the evening — had been talking negatively about Drew's wig. During the meal, Kenya also laid out the details of the trip, saying the women needed to meet at Kandi's house, where they would be getting on the sprinter van that she'd "arranged."

"So we're all going to be on the sprinter together, all of the ladies?" asked Drew.

"LaToya and I are going down ahead of time, just to make sure the house is prepared," Kenya told Drew, who questioned if the pair would be taking their own van. "No, we don't have a sprinter," said Kenya.

Pretending that she didn't know about their commuting details, Drew asked how Kenya and LaToya would be traveling east.

"As I get to know Drew, I think that she is a bit sneaky," Kenya told cameras. "I had a conversation with Drew and I told her the information about the private jet."

Drew's side of the story was different, though. "No more than 10 minutes" after the phone call with Kenya, "I get a text message from Kenya telling me, 'Don't tell the other ladies about the private jet,'" Drew told cameras.

Kenya eventually disclosed to the women that she would be flying private, saying "it just made more sense. We'll get there quick and we'll figure it out and you guys will have everything laid out for you when we get there."

Later, as the women packed for the trip, they also coordinated care for each of their children — including Porsha, who shares daughter Pilar Jhena, almost 2, with Dennis McKinley.

The day of the trip, Kenya, her daughter, the nanny and LaToya boarded the plane. Meanwhile, some of the other ladies said "emotional" goodbyes to their children. "I cried this morning," Porsha told Kandi before stepping onto the van. (Cynthia traveled separately because she had a "business obligation.")

While commuting on the sprinter, the women complained about it not having air conditioning. "I don't believe that we sittin' up on this bus that ain't got no damn air," said Porsha.

"I didn't know I was going to be on this janky, hot, reject bus. Like, I'm sweating in places I didn't even know I could be dripping from," she told cameras.

With the women already heated from the lack of cool air, temperatures rose even higher when they saw that Kenya had posted an Instagram photo of Brooklyn aboard the jet.

"Wait, she brought her baby?" Porsha asked. "That is mother-f---ed up because I was crying this morning. ... If we were bringing our kids, wouldn't you have liked to bring your kid? It should've been known," she said, adding that she was "ready to f---ing go home" before even arriving.

In a confessional, Porsha added: "The double standards? That's not what's going to happen on this trip. The fact that Kenya brought her daughter and didn't even extend the option to me, Kandi, Drew, Shamea to bring our kids, that's just wrong."

Despite the other women's opinions, Kenya — who also organized for Brooklyn and the nanny to have their own private villa — stood by her decision.

"I don't care who knows that I'm taking a private jet. I'm doing what's best for my family," she said in a confessional. "Who should have anything to say about that?"

She also told cameras: "It would be nice to have a husband that could take care of our child for a week while I go on vacation with the girls, but I've never left Brooklyn with anyone, including my husband, overnight. So this is how it has been, and maybe someday things will change." 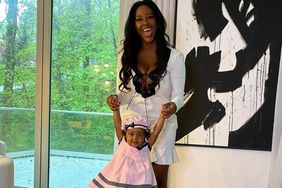 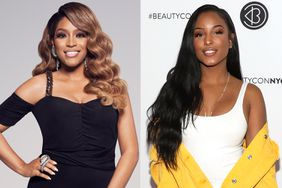 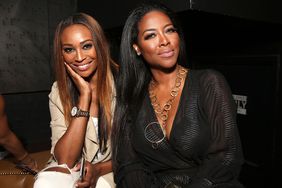 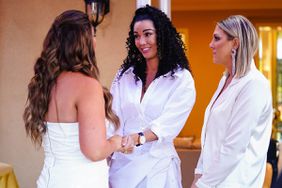 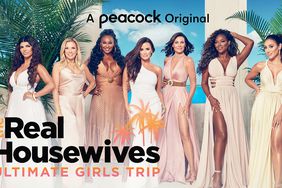 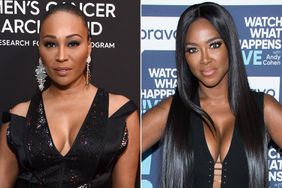 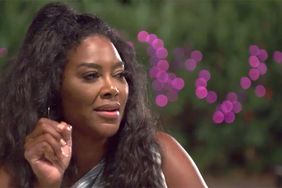