"She spends the whole episode ranting about how allegedly fake I am, but it was just a whole fake scene," Madison tells PEOPLE

Holly Madison was recently shocked to learn she was back on a reality show with Kendra Wilkinson.

Friends began texting Hugh Hefner‘s former No. 1 girlfriend after a recent episode of Kendra on Top teased a confrontation between the former Playboy playmates at a book signing Madison held to promote her memoir Down the Rabbit Hole, which Wilkinson has slammed as “rewriting history” about her time at the Playboy Mansion.

The episode featured footage of Madison at the signing at The Grove shopping center in Los Angeles.

“Friends started hitting me up and saying, ‘Oh I saw a preview for Kendra’s show on this website. And it has footage of you. I didn’t know you did her show,’ ” Madison tells PEOPLE. “I was really surprised. I was like, ‘I didn’t do her show.’ ”

The episode ended with Wilkinson waiting in the parking lot as she worked up the nerve to confront Madison, with whom she had falling out years ago. Their feud reignited over the summer about the memoir. In the next episode, which aired Oct. 2, Wilkinson decides not to confront Madison and drove off.

“It was definitely a new low in my opinion as far as trying to create content out of nothing,” says Madison, 35, who starred on the reality series The Girls Next Door with Wilkinson, 30. “It was a completely fake setup. She spends the whole episode ranting about how allegedly fake I am, but it was just a whole fake scene.”

She acknowledges that on Girls Next Door, they would occasionally stage conversations the cameras had missed. But she says that felt different than what Kendra on Top did with the footage of her book signing, which she is unsure how KoT obtained clearance to use.

“Because cameras aren’t this omniscient eye that catch everything, sometimes you have to stage conversations to explain what is going on or to explain to the viewer what is going on in your head,” says Madison. “It was all designed around something we were actually doing. So this one was kind of a surprise to me. It’s on a whole different level.”

In Madison’s book, she claims that debauchery ruled the Playboy Mansion, with group sex, drug use and alcohol abuse rampant. Wilkinson has taken issue with this characterization and has been vocal in speaking out against Madison’s book.

She says Wilkinson could have called her to discuss their differences rather than having it play out on the show, but says that isn’t her former co-star’s style.

RELATED VIDEO: Holly Madison Fires Back at Kendra Wilkinson: ‘Hef Actually Did Put Me in His Will and I Left’

“I haven’t always given Kendra’s brains the most credit in the past, but she’s smart enough to know that had she showed up at The Grove to confront me, I would have just had security escort her off the property,” says Madison. “I don’t even think it was anything she was considering doing. It was more acting tough in front of the cameras.” 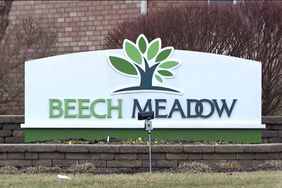 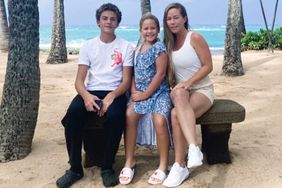 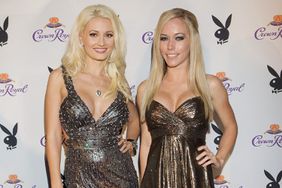