"I find that the more I'm looking at the screen, the more detached I feel with my own body or to what's happening right in front of me," Kendall Jenner said

Kendall Jenner is opening up about her "addictive" relationship with social media.

The supermodel, 25, got real about her social media usage in the second installment of Vogue's "Open Minded" series, sharing that "what's affected my anxiety the most is the amount of negativity that I see."

"There's just literally too much. I find that the more I'm looking at the screen, the more detached I feel with my own body or to what's happening right in front of me," she explained. "My relationship with social media is a bit addictive right now, which I don't like and I'm not proud to say that, but I also feel like that's something that probably most of us can relate to."

"I don't like that I feel the need to have social media in the first place," Jenner continued. "There really is no escaping it."

Kendall Jenner Opens Up About Her Anxiety 'Journey': 'I'm Still Trying to Cope'

Speaking to Dr. Jorge Partida, the chief of psychology at the Los Angeles County Department of Mental Health, Jenner revealed that she's particularly affected by "false narratives" about her spread online.

"Something that boils my blood, that really frustrates me and I think upsets me the most is when it's someone claiming a false narrative for me," she said. "The internet, I guess, bases things off of such small moments with no context. They don't know the before or the after and they'll take that and run with it and then completely judge you off of this one little thing."

Jenner added the negativity she experiences is often "something as simple as [people] didn't like what I looked like in that photo."

"I have moments of feeling like I'm breaking or feeling like I can't take it anymore," she said, explaining that it feels "like I can never do anything right."

Jenner has been candid about her struggles with anxiety in the past.

Last year, she opened up about her some of her childhood experiences with panic attacks during an interview with Good Morning America.

"I was really, really young and I remember feeling like I couldn't breathe and ran into my mom and like, 'Mom I can't breathe. Something must be wrong,'" she recalled. "She of course took me to a bunch of doctors just to make sure I was all okay physically and I was. No one ever told me that I had anxiety."

Though the anxious feelings subsided for a while, Jenner said it "came back completely full-on" a few years ago when she "would have crazy panic attacks."

On the inaugural episode of Vogue's "Open Minded" series, Jenner said that her anxiety symptoms eventually became so physical that she turned into a "real hypochondriac."

"I've had times where I feel like I need to be rushed to the hospital because I think my heart's failing and I can't breathe and I need someone to help me," she said. "Sometimes I think I'm dying." 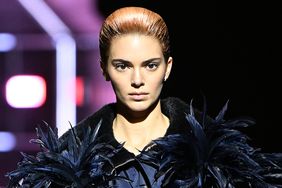 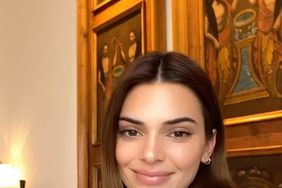 Kendall Jenner Opens Up About Her Anxiety on 'GMA' : 'I Would Have Crazy Panic Attacks'

Bindi Irwin Says She Tries to 'Focus on the Positive' with Social Media: 'You Have to Be Careful' 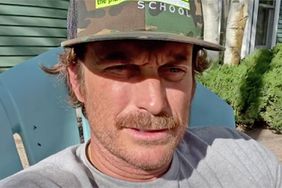