Kendall Jenner and Devin Booker continue to spend time with one another.

On Saturday, the pair were spotted enjoying a lunch date at Nobu Restaurant in Malibu, California, with her sister Kylie Jenner. For the weekend outing, the 24-year-old model rocked an animal print slip dress and sandals.

Also at the same hotspot was Blake Griffin, whom Kendall dated in 2017 before parting ways in the spring of 2018.

Kendall and Booker's weekend lunch date comes just a couple of days after the pair returned from a group vacation with pals Justin Bieber and Hailey Baldwin, a source told PEOPLE.

The model and the Phoenix Suns star, 23, vacationed in Idaho with Bieber, 26, and Baldwin, 23, for several days at the Gozzer Ranch Golf & Lake Club, the source said.

"Kendall and Devin have spent the past few weeks together. They have mostly enjoyed Malibu, but over the weekend, they were vacationing with Justin and Hailey in Idaho," said the source. "They were all enjoying the lake life and also played golf."

Their getaway came after Kendall and Booker sparked dating rumors following several recent outings together and a flirty Instagram exchange.

According to the source, Kendall "seems very happy" spending time with Booker.

"Devin is very sweet to her. He spends a lot of time with Kendall's family and friends too. They seem to be on the same page. They haven't been working lately and have been able to enjoy quiet beach outings and dinners instead. They both seem to enjoy the quiet time together," the source said.

Kendall and the shooting guard were first spotted together on a road trip from Los Angeles to Arizona in April. A month later, on Memorial Day, Kendall was seen driving around with Booker near Van Nuys Airport in L.A.

At the time, a source told PEOPLE they weren't yet a couple, though Kendall is extremely private about her dating life.

Prior to Griffin, Kendall was most recently linked to Philadelphia 76ers guard Ben Simmons. 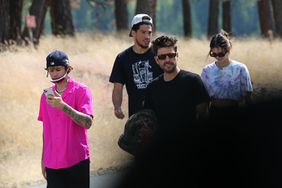 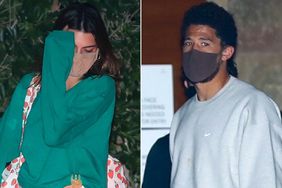 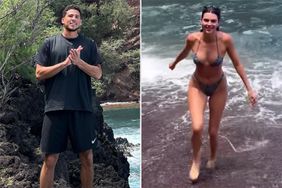