Another day, another adorable throwback of Kelly Ripa and Mark Consuelos!

In honor of #ManCrushMonday, Ripa, 49, reminisced about the early days of her relationship with Consuelos, 48, and treated her Instagram followers to an old black-and-white photo of the couple that showed off their timeless appearance.

In the sweet shot, Ripa lovingly leaned toward Consuelos, pressing the side of her face up against his left ear, as they both smiled into the camera.

“Babies in black and white #magic 🎱 #mcm,” she captioned the throwback image.

Though they’ve been married for nearly 25 years, the flame between the pair is still alive and well, as Ripa often brags about how attractive she finds her husband in many of her Instagram throwback photos.

The images have also clearly demonstrated how Consuelos and Ripa have barely aged through the years, with some fans even arguing that the pair look better today than they did in their 20s and 30s — an idea which the couple has recently joked about.

On an episode of her talk show in September, Ripa called her husband’s good looks “an outrage,” joking that while Consuelos just cuts back on a few indulgences to slim down, “I would need a plastic surgeon” to get that “shredded and glistening” look.

Then, earlier this month, Consuelos appeared on an episode of Watch What Happens Live with Andy Cohen where a caller asked how he and his wife have managed to look “smoking hot for 30 years.”

“We have blood transfusions of 14-year-olds,” he joked, referencing the “epigenetic testing” that Ripa recently revealed she had undergone.

“No, we’re smaller people. So our heart doesn’t have to work as much getting blood up and down,” he quipped before seriously adding, “I don’t know, we work out!”

During her Oct. 8 talk show episode, Ripa revealed that she had recently undergone “epigenetic testing,” which is a full-body test that helped her learn “what’s living in my blood, which has escaped from my gut — all kinds of crazy stuff.”

The biggest takeaway from the test?

“I’m 49 years old in age, my chronological age. But my biological age is 35,” Ripa said, jokingly adding, “I was like, ‘Is that all? Because I would say it’s much younger!'” 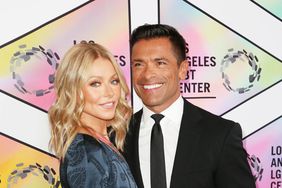 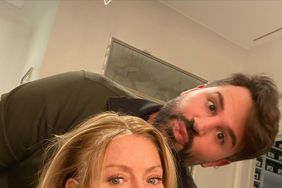 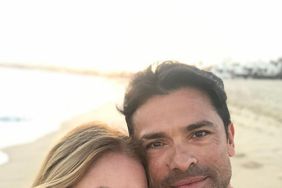