Kelly Ripa and Mark Consuelos eloped in Las Vegas in 1996

Kelly Ripa is taking a walk down memory lane.

On Thursday, the Live with Kelly and Ryan co-host, 50, shared a throwback photo of herself and husband Mark Consuelos revisiting the Chapel of the Bells in Las Vegas, the wedding venue where they had eloped on May 1, 1996.

"(Also, this is why i take all the photos)," Ripa added, addressing the snapshot's blurry quality.

Nonetheless, Consuelos appeared to enjoy the sweet throwback and replied in the comments section with two emojis of a red heart.

Ripa and Consuelos met while working together on All My Children in the '90s. The couple dated for a year before getting tying the knot — though, according to Ripa, they had briefly called it quits before the nuptials.

"Right before we got married, we broke up," she revealed on a 2018 episode of the Comments by Celebs podcast. "We broke up and we got back together the day before we went off and eloped. Yeah, we eloped. We went to Vegas and got married."

"We broke up the week before we got married … He popped the question the day before we got married, but that day, that very day that we got back together, we were at a taping of Regis and Kathie Lee," she recalled "It was their Mother's Day special. They were pretaping it, and one of the dreams of one of the mothers was to meet Mark and me. We were her favorite characters on All My Children."

Though Ripa and Consuelos had an unconventional trip to the alter, the pair recently admitted that some aspects of their relationship could be considered "almost old-fashioned."

"She makes the home a home," the Riverdale actor said of his wife during an appearance on the Double Date podcast.

According to the star, her long-running daytime talk show job has helped cement a steady home life for their kids while Consuelos travels for work. 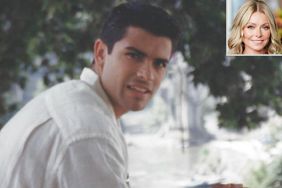 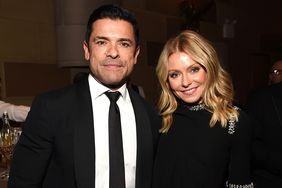 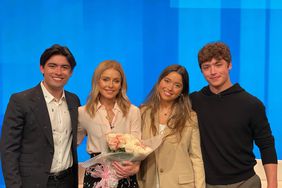