Kelly Osbourne first opened up about her recent relapse in April, after nearly four years of sobriety

Kelly Osbourne's journey to sobriety hasn't always been an easy one.

The Fashion Police alum, who revealed in April that she had relapsed after nearly four years sober, made an appearance on Facebook Watch's Red Table Talk Wednesday and opened up about her experience.

"I was alone, sitting by a pool, and waiting for somebody to come have a meeting with me and I saw this woman and her husband had a glass of champagne and it looked really nice," explained Osbourne, 36. "I was like 'Oh I can do that too.' And then the next day, I had two glasses. And then the day after that it was bottles."

When Banfield-Norris asked about when she realized she needed to stop again, Osbourne cited an interaction with her boyfriend. (Though the star didn't name him during the episode, she has been spotted with cinematographer Erik Bragg over the past year).

"I was at my boyfriend's house, and I was s--- faced on his couch eating pizza, and he looked over at me and I felt the way he looked at me," she said. "And I was like, 'Oh no, I never want him to look at me like that again. Ever.' Like that didn't make me feel good. What am I doing?"

Noting that she's a "closet drinker," Osbourne went on to say that his reaction when she revealed that she had relapsed was one of disappointment.

"He was disappointed because he hadn't seen that side of me, so to suddenly be like 'Well, this is the side I never wanted you to see, you've seen it. Let's hope you never meet her again,' it was embarrassing because for the first time ever, I actually care how he feels, and I care how my behavior impacts him," the daughter of Sharon and Ozzy Osbourne said.

Kelly Osbourne Reveals She 'Relapsed' After Almost 4 Years of Sobriety: 'Not Proud of It'

"I only want to be the best version of myself, for my family and my boyfriend and my friends and I was not. I was the furthest thing away from that," the TV personality added. "I've never had a boyfriend who's supportive of me in that area before, and he is very communicative and incredible in that way. So it's really nice — and my parents like him so that's also a positive."

Later, Osbourne said that before her relapse, she had convinced herself that she was "fixed" and could consume alcohol as she had before getting sober.

"My drug of choice is alcohol. I love it. And I don't love it because I like the way it makes me feel — I like that it makes me not feel," she said. "I want to be numb to everything, and at first I was like 'Oh I'm fixed because I don't actually want to be numb right now I just want to celebrate, because I'm doing amazing, and I can drink like a normal person, I have an amazing boyfriend, I made it through the pandemic. I think I'm fixed' … Little do I know that you're just being a full blown psycho." 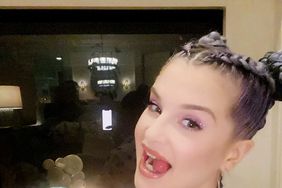 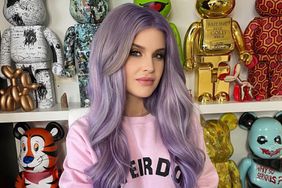 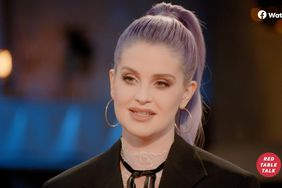