'Keeping Up with the Kardashians' : Kourtney Kicks Scott to the Curb

Another week, another blow-up on Keeping Up with the Kardashians!

In part one of the show’s season finale, Kris and Scott found themselves on familiar turf, butting heads yet again over his maturity level. After Kris pulled favors with a business partner to land Scott a job with Quick Trim, the Kardashians’ weight-loss product, Kourtney‘s baby daddy attempted to repair his relationship with the Kardashian matriarch, but found himself being berated as usual.

Tension between the two only worsened when Scott joined Kris, Kourtney and Rob in Las Vegas for Kim‘s 29th birthday. Hitting a hotel bar shortly after landing, Scott and Rob returned to the family’s suite completely drunk, and began smashing furniture while Kim and Kourtney attempted to get dressed in an adjoining room. When Rob exited to greet an old friend, Paula, in her hotel room, Scott embarrassed himself further by repeatedly referring to Paula as a hooker.

He eventually left to sleep it off. But the peace proved short-lived. A still-intoxicated Rob soon woke up Scott as payback for being unable to hookup with Paula, and the pair began wrestling around the suite.

“You’re acting like drunk slob-kabobs and Kim doesn’t want drunks at her dinner,” Kourtney scolded. “Not only is Scott ruining Kim’s birthday, but his boss is going to be here and he could totally lose his job.”

Arriving just in time to catch Scott and Rob rolling around on the floor, Kris took charge of the situation and ordered Rob to get dressed for dinner, but banned Scott from coming. “I don’t think Scott really understands the magnitude of what he’s gotten himself into,” she said. “This is a huge business deal for us, and now he is going to jeopardize not only his own job, but now he’s messing with my whole family.”

Despite being warned multiple times against attending Kim’s birthday dinner, Scott drunkenly made his way to the family’s table. “This is such a nightmare,” said Kourtney. “I totally thought he changed, and he’s such a f–king child.”

After Scott began ordering drinks, Kris promptly instructed the waiter to cut him off, causing Scott to jump out of his seat and go after the waiter. After repeatedly threatening him and shouting in the man’s face, Scott got physical, and attempted to shove a $100 bill in the waiter’s mouth. Knowing Kourtney and her mom would only make the situation worse, Kim was forced to chase after Scott, and tried to convince him to return to his room.

“Kourtney knew exactly who she was with when she met me,” Scott told Kim. “And I will never take back the things that I do, or why I do them. The guy disrespected me.”

Leaving Kourtney alone in her room for the rest of the night, Scott failed to make it back to the suite and instead, continued partying. Upon her return to Los Angeles, she confided in Kim and Rob that she was done with Scott once and for all. “He can go move right back to New York and do whatever the f–k he wants and I could care less,” she said, unaware that Rob had put their call on speaker for Scott to hear.

Tell us: What did you think will happen in next week’s season finale? If you were Kourtney, would you give Scott another chance?Seth Browarnik/Startraks 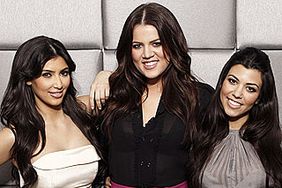 'Keeping Up with the Kardashians' : Khloe Gets Slap-Happy 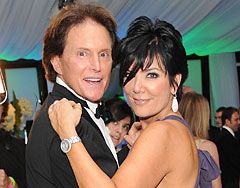 'Keeping Up with the Kardashians' : Bruce Fights Back 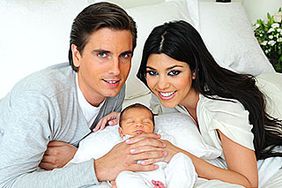 'Keeping Up with the Kardashians' : Baby Mason Arrives! 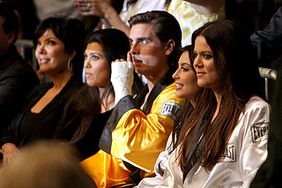