"I didn't think it was a forever thing," Katie Couric tells PEOPLE (the TV shows!)'s Kay Adams of her five-year relationship with Brooks Perlin, a man 17 years her junior

Katie Couric is reflecting on her time in the dating scene, after finding her happily ever after with husband John Molner.

The famed broadcast journalist, 64, looked back on her five-year relationship with Brooks Perlin, a man 17 years her junior, during an interview with PEOPLE (the TV shows!)'s Kay Adams on Thursday.

"I had a really fun time. He's a really good person," she raves. "You know, I'd never done anything particularly scandalous. I've always been kind of, goody two-shoes and sort of between the lines."

"And I think it was during a time where I was really struggling professionally, and I think I had just a real 'screw it' attitude. Like, I'm going to have a good time. And that's what I did. I didn't think it was a forever thing, because he is 17 years younger than I am, but it was fun being a little naughty!" Couric adds.

She and the entrepreneur first started dating in 2006, after they met at a fundraiser for cancer research. Her first husband Jay Monahan, with whom she shares daughters Ellie, 30, and Caroline, 25, died of colon cancer at age 42 in 1998.

Couric and Perlin called it quits in December 2011, after five years of dating. "The split was inevitable," a source close to Couric told PEOPLE at the time, adding that the couple was "at different stages in their careers."

"Brooks is a good guy, but there is a time for each relationship – and the time is past for this one," the insider added.

The Going There author later began dating Molner, 58, the next year, and the couple got engaged in 2013. They tied the knot at Couric's house in the Hamptons in June 2014.

RELATED VIDEO: Katie Couric Opens up About TODAY Being a 'Safe Refuge' for Her After Her Husband's Death

"It took me a long time [to marry again], because I loved being married and I love being married now," Couric told PEOPLE's former editor Jess Cagle in 2018. "And I'm not a solitary person. I like company. And John is so funny. He's just got this incredibly dry and wry sense of humor, and he doesn't take himself too seriously. And he's just fun to be around." 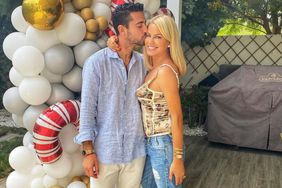 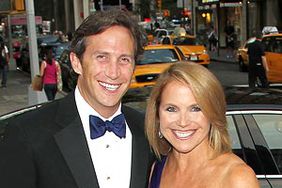