Twenty years later, Couric still credits the death of her first husband as having a profound effect on her daily life.

Twenty years later, Katie Couric says the death of her first husband had a profound effect on her daily life.

Couric and attorney Jay Monahan married in 1989, the same year Couric became a correspondent in Washington, D.C., for the Today show. In 1998, following the births of their two daughters, Ellie and Carrie, Monahan died of colon cancer at age 42.

“I had never had something horrible happen to me before. Jay used to say I was born on a sunny day, and suddenly I wasn’t,” Couric, 61, tells PEOPLE Editor-in-Chief Jess Cagle in the latest episode of The Jess Cagle Interview, streaming now on People TV. “Like the cliches say, it made me appreciate things. It made me understand how important it is to say things in the here and now and not wait. When someone is important to you or means something to you, you need to tell them and not wait.”

She adds, “It’s also, I think, most profoundly given me a higher sense of purpose that I’m in a position to take this unimaginable pain and loss and try to do something positive with it.”

Upon her return to the Today show following Monahan’s death, Couric famously received a colonoscopy on-air — and people still come up to her to thank her for it and say they feel like she saved their lives.

“I met a woman Saturday night who was pregnant, and she said, ‘Hey, my mom was the one that came up to you a year ago in that restaurant.’ And she sort of had tears in her eyes and said, ‘I got screened because of you,’ and she had, I think, early cancer and is doing well. And the fact that she’s going to be around for her grandchild. … It was just so cool!” Couric recalls. “And that’s why I took Jimmy Kimmel to get a colonoscopy because it’s one of those things out of sight, out of mind. If you don’t keep reminding people the importance of it, they’ll forget, and they’ll put it off.”

“I really do it to continue to honor Jay and his legacy,” Couric adds. “I mean, his legacy is so much more than that. But you know, there’s no way around it. It just sucks that this happened to him, but if I can, through what happened, help people live longer, happier lives, and pay it forward in some ways, it doesn’t make the loss of Jay go away, but it makes me feel like I’ve at least done something good in the world.”

RELATED VIDEO: Katie Couric on Finding Love with Husband John Molner: ‘He Had Me at Hello’

Couric remarried in 2014, tying the knot with banker John Molner, whom she says is “just fun to be around.”

She also has a new series, America Inside Out, in which she explores some of the nation’s most divisive topics such as Confederate statues and the #MeToo movement. The show airs Wednesdays at 10 p.m. ET on National Geographic. 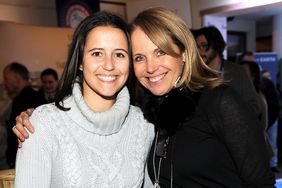 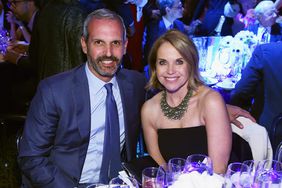 Katie Couric on Finding Love with Husband John Molner: 'He Had Me at Hello' 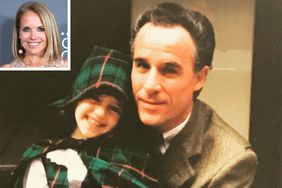