"I couldn't imagine writing something that wasn't honest and radically transparent," said the former Today co-anchor

Katie Couric is standing by her upcoming memoir Going There.

During her Tuesday appearance on the Today show — following not-so-flattering leaked comments from her book about former colleagues, including Ashleigh Banfield — the morning show's former co-anchor held her ground.

Today show viewers have been waiting for Savannah Guthrie to question her famous predecessor since Couric's comments about Banfield and other female journalists leaked ahead of the memoir's Oct. 26 publication date.

"I couldn't imagine writing something that wasn't honest and radically transparent. I didn't want to do a victory lap or my greatest hits. I've had an extraordinary life, incredible opportunities, I've had huge successes, I've had some pretty public failures, too," Couric told Guthrie. "One of the reasons is — and you can relate to this, I think, Savannah — people have always said, 'I feel like I know you.' But as I say in my prologue, the box puts you in a box, the flat screen flattens. I wanted to share the messy parts, what real life was like."

In last week's PEOPLE cover story, Couric discussed these leaks (which she said were "cherry-picked and twisted"), how she felt "shocked" when she learned of the sexual harassment allegations against her former co-anchor Matt Lauer and her struggle with bulimia in the 1980s.

Of Banfield, Couric writes in the book that she "heard through the grapevine that her father was telling anyone who'd listen that she was going to replace me. In that environment, mentorship sometimes felt like self-sabotage."

During her interview with PEOPLE, Couric asserted that there is a difference between being protective of her hard-won position and tearing other women down. (Banfield had responded to the leaked passage by wondering whether Couric's view of her had negatively impacted her career at NBC.) Couric said she never iced Banfield out.

For more on Katie Couric and other top stories, listen below to our daily podcast PEOPLE Every Day.

"Absolutely not," Couric told PEOPLE. "I think if someone was openly saying they were going to replace me, I don't think I helped them. I never iced her out. I never criticized her. It just didn't bring out my generous side."

"The culture at the time and the scarcity of high-profile jobs for women — not to mention the fact that I watched Jane [Pauley] get pushed out [as Today co-anchor in 1989] because of the whims of the men in charge — sometimes made me feel protective of my position," she continued.

In her book, Couric admits to feeling like she needed to "protect my turf" on the morning news show, where she worked from 1991 through 2006, and says she was aware "someone younger and cuter was always around the corner," naming Banfield, 53, as an example.

Banfield, who was an NBC correspondent in the early 2000s, decided to "correct the record" last month on her NewsNation show. She said Couric's claims about her dad were "just not true."

Banfield said she was "stunned" when she first read the leaked comments, and that when she first met Couric, "she was the queen of television, and nobody was better than Katie."

The comments about Banfield weren't the only hard topics Couric talked about with PEOPLE. She further discussed Lauer, insisting the allegations were "not the Matt I knew," She added: "There's a duality in human beings, and sometimes they don't let you see both sides."

Tuesday, reflecting on when the news broke of sexual harassment allegations against her on-air partner of nine years, Couric said on Today that it was "really, really hard, and it took me a long time to process what was going on."

"The side of Matt I knew was the side of Matt I think you all knew. He was kind, generous, considerate, a good colleague," she said. "As I got more information and learned more about what was going on behind the scenes. And then I did some of my own reporting, talked to people, tried to excavate what had been going on. It was really devastating and also disgusting."

"I think what I realized is that there was a side of Matt I never really knew. I tried to understand why he behaved the way he did, and why he was so reckless, and callous, and honestly abusive to other women," Couric said, adding that they have "no relationship" today.

Lauer, 63, was fired by NBC in November 2017 after a former network employee later identified as Brooke Nevils reported that he sexually harassed her. Several other women came forward with similar accusations shortly after.

Nevils went public to Ronan Farrow for his 2019 book Catch and Kill: Lies, Spies, and a Conspiracy to Protect Predators. To Farrow, Nevils alleged that Lauer raped her in his hotel room at the 2014 Sochi Olympics, where she was working for NBC's Meredith Vieira. Lauer has said all of his encounters were consensual.

Couric previously told PEOPLE that her thoughts about her former colleague are informed by the Me Too movement that has changed the national conversation about consent and sexual harassment.

"I think we've learned a lot," she said of the shift that's happened since she first entered the newsroom. "I think our understanding of what is a consensual relationship has changed dramatically, and now we know if there is a power dynamic, it can't really be considered consensual."

Couric said she didn't notice anything alarming about Lauer's interactions with other women in their almost two decades working together.

"He might comment on a movie star or something, saying, like, 'Oof, she's unbelievable,'" remembered Couric. "He was admiring of beautiful women. But I never felt he was pervy or inappropriate in my presence, ever."

RELATED VIDEO: Katie Couric on Being 'Shocked' by Matt Lauer's Behavior — 'It Just Seemed So Callous'

Couric's shock and disappointment with Lauer is one of many emotional topics she explores in Going There. She also addresses the sexism of the media industry and shares private moments from her life, including the loss of her husband Jay Monahan to colon cancer at 42.

Couric wrote the book, she says, as "a gift" to daughters Carrie, 25, and Ellie, 30, and hopes it will "impart some wisdom from the experience I've gained" to them and to readers. 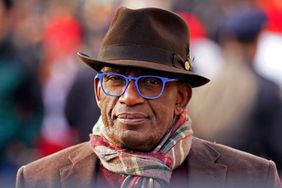 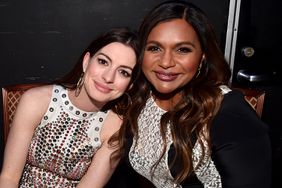 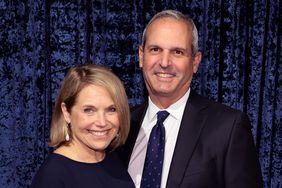 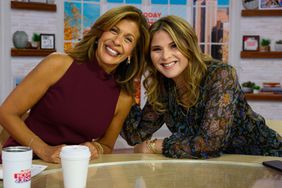 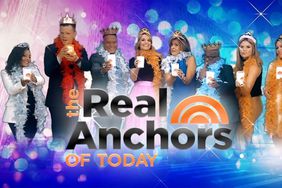