The former Today show host, who left the NBC morning news program after 11 years in April, revealed on Instagram, Saturday, that her 29-year-old son Cody had popped the question to his longtime girlfriend Erika Brown, 27.

“My son is engaged and I couldn’t be happier for him and [Erika],” Kathie Lee, 65, wrote, captioning a photo of her oldest child kissing his bride-to-be as she showed off her sparkling ring.

Kathie Lee’s daughter, Cassidy, also shared the happy news. “So excited for what God has in store for these two,” she wrote. “The most excited to welcome my already sister @missamerikabrown into the craziness ❤️.”

It appears Brown didn’t see the engagement coming. “What started as a fairly normal weekend has turned into the BEST EVER,” she wrote on her Instagram story. “Couldn’t be happier!”

“The biggest thank you to everyone for your support,” she added, with hashtags “#thebestgiFFt” and “#loveisthegreatestgiFFt” (a play on Cody’s last name and the name of Kathie Lee’s wine, GIFFT).

To cap the weekend off, the newly-engaged duo took in a Florence + the Machine concert in Santa Barbara, California — Brown quoting the band’s lyrics on her Instagram story. “It’s such a wonderful thing to love,” she wrote.

Cody has been dating Brown since May 2013.

The actress appears to have a close relationship with Kathie Lee, attending the TV personality’s final Today show on April 5 and also hanging close by her future mother-in-law’s side earlier this month at the Daytime Emmy Awards, where she picked up a trophy for outstanding informative talk show host.

TV viewers have watched Cody grow up over the years. Kathie Lee was hosting Live! with Regis and Kathie Lee when she became pregnant with him. She’d remain on the show through 2000, often sharing stories about Cody for audiences.

Back on that last episode of Today, Cody had a chance to repay the favor, paying tribute to his mom in a special interview.

“To you, mom is a TV legend. To us, she is a legendary mom,” he said. “What was it like growing up with Kathie Lee Gifford as your mom? IT was a lot like what you’d expect. You’r surrounded by a kind, generous, giving, wonderfully talented woman who wants the best for you every single day. ”

“This is a woman who will give you the shoes off her feet,” he said. “I love you mom. I’m so proud of you.”

Cody — whose father the late Frank Gifford — also shared the best advice he’s ever gotten from his mom.

“[It actually] came from her father,” Cody said. “He had told her at a very young age, ‘find something you love to do, and then figure out a way to get paid for it.’ “ 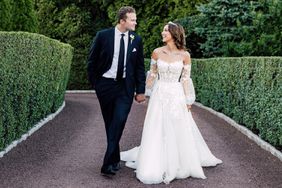 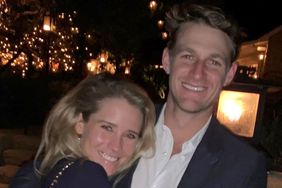