Kathie Lee Gifford on Dating After Husband Frank's Death: 'Some Men Are Afraid of Strong Women'

Though Kathie Lee Gifford continues to mourn the August 2015 death of her husband Frank Gifford, she is willing to make room in her heart for someone new.

Speaking with Access Live on Wednesday, the Today show star, 64, opened up about her love life after losing her spouse of nearly 30 years.

“Who doesn’t want to find love again? I think my probability is less, obviously. Some men are afraid of strong women. I wouldn’t be interested in a man like that anyway,” Gifford told co-hosts Kit Hoover and Natalie Morales about getting back into the dating game.

RELATED VIDEO: Kathie Lee Gifford: ‘There Are Times When I’m Overwhelmed By Loneliness’ in Wake of Frank’s Death

Frank, the New York Giants running back who went on to become a beloved sportscaster, died of natural causes at the age of 84 in his Connecticut home.

“Some men are afraid of living up to the mantle of Frank Gifford, and there’s no reason for that. Frank was just a flawed man like anybody else is. I didn’t know him as an eight-time Hall of Famer. He was my husband and he was my friend for four years before we fell in love. So if that’s part of God’s will for me, I’m certainly open to it. I’m not out at singles bars. I’m not online,” the mother of two said.

Also in the interview, Gifford recalled a particular date, two-and-a-half years ago, that made her realize what she is looking for in a significant other.

“He didn’t share my faith and couldn’t understand why I didn’t want to be with him,” she shared. “I said, ‘My faith isn’t something I do on Sunday mornings for an hour. My faith is me, and I’m not going to share my life with somebody or even another hour of my life on a date with you if you don’t share the same passion for your faith as I do.’ ”

However, she admitted she isn’t that picky about her preferences. “I’m not deterred. I’m open to anybody that has their own teeth, honestly!” Gifford joked.

In February, she discussed her loneliness following Frank’s death.

“My biggest struggle at this point in my life is loneliness. I’ve lost my parents, my husband is gone now and my children live far away from me. I still live in the same big house where we made a gazillion, million memories. And there are times when I am overwhelmed by loneliness,” she said in a video interview for the storytelling non-profit, I Am Second.

“But I’ve discovered that if I just keep thinking about what I’ve lost, I don’t pay any attention to what I still have. I don’t want to live my life in hopelessness,” Gifford said. 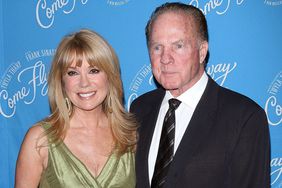 Kathie Lee Gifford: 'There Are Times When I'm Overwhelmed By Loneliness' in Wake of Frank's Death 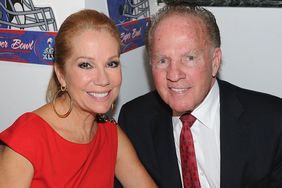 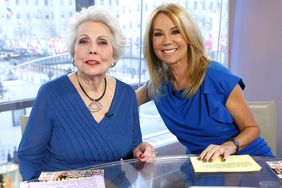 Kathie Lee Gifford Says Her Mother Died in Her Sleep: 'I Believe She Saw Jesus & Jesus Took Her Breath Away'