Kanye West Surprises Kim Kardashian with a Neon Mercedes: 'I Got the Truck of My Dreams'

Kim Kardashian West has a new set of wheels.

Kanye West, 41, gave his wife, 37, with a neon green Mercedes G series SUV, which the couple had previously rented in Miami.

“I just got out of the gym and was surprised by this new baby. I loved it so much in Miami, and I kept on talking about it,” said Kardashian West, who shared the moment on her Instagram Stories over the weekend.

“Look who surprised me with this baby,” Kardashian West gushed as she showed West. “You guys, I got the truck of my dreams because I was so excited in Miami. I’m so excited.”

“When you just pull up to your sister’s house to say good morning, and you guys have matching neon trucks,” Kardashian West said in one clip, panning to Jenner’s orange vehicle.

Kardashian West has been all about neon in recent weeks — a change of pace from her subdued style after she was robbed at gunpoint in Paris in 2016.

“She was toned down and out of the public eye after the robbery, but eventually she realized she needs to live her life,” a source recently told PEOPLE. “She has fun with fashion and style, and yes, it’s part of her image — to be glamorous and push boundaries. So she’s going to do it.”

When one social media commenter said that Kardashian was “embedding materialism in [True’s] brain,” Khloé replied, “She’s a baby who received a beautiful sweet gift and I was SOOO excited to put her in it and take a picture! I’m enjoying every single moment I can with my sweet angel! The angel GOD gave me!” 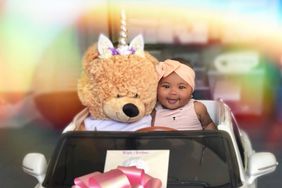 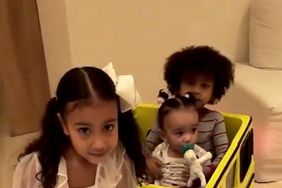 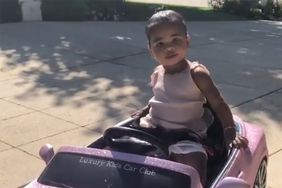 Khloé Kardashian Claps Back over Criticism About True's Toy Bentley Car: ''I Want to Spoil Her' 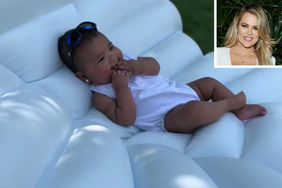 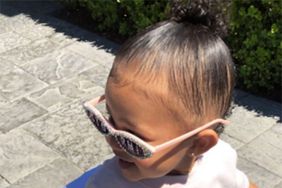 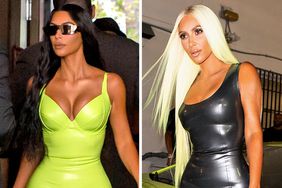 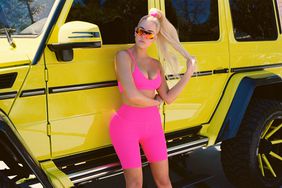 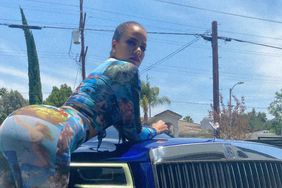 Every Time the Kardashian-Jenners Dressed to Match Their Luxury Cars 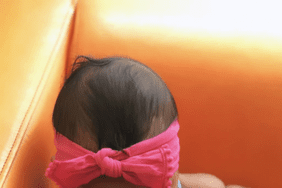 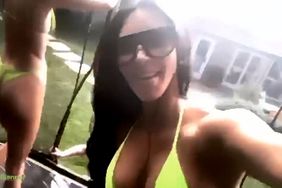 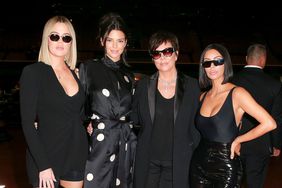 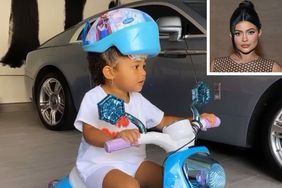