Kaley Cuoco had the time of her life while celebrating her upcoming wedding to fiancé Karl Cook!

While dancing the night away at her bachelorette party on Saturday night, the Big Bang Theory star, 32, was all smiles as she cut loose with friends and family.

Ahead of the event, makeup artist Jamie Greenberg revealed that Cuoco had instructed all the guests to “wear pink,” which made the actress — who wore a long-sleeve white mini dress — really stand out.

When Greenberg attempted to tease the lady of the hour about it, Cuoco sassily replied, “I’m getting married in white.”

Throughout the night, Cuoco and her pals moved and grooved to a soundtrack of hits by Britney Spears, Gwen Stefani, Beyoncé, Madonna and Kelis.

Sharing a brief clip of the night’s festivities, Brad Goreski wrote, “@normancook brought out all of her dance moves last night for her #bacheloretteparty. Did I mention she’s engaged? 💍 #werkbitch #britneyspears.”

The television star also shared some sweet moments with her sister, Briana Cuoco, and her mother, Layne Cuoco.

Alongside a photo of her and her mom smiling from ear to ear, the bride-to-be wrote, “Me and mom.”

Letting her sibling know just how special she is, Cuoco’s sister went on to caption a photo of the three Cuoco women posing together, “loved is not a strong enough word for how loved you are @normancook💗💗💗💗.”

Kaley Cuoco Is Engaged! Inside Her Love Story with Karl Cook — and Why He’s Perfect for Her

Following the evening’s festivities, Cuoco sweetly thanked everybody who came out for helping her have “the most magical night ever.”

“Thank you to my amazing friends and family for celebrating my future as Mrs. Cook! I have never felt more loved 💕,” she added alongside a photo of the balloon-filled party decorations.

RELATED VIDEO: Kaley Cuoco Reflects on Ryan Sweeting Divorce: He ‘Was Not the Person I Originally Met

She also seemingly praised her fun-filled night on Sunday, writing, “Can we do it again?!!???!”

Cuoco also went on to share a photograph of a blackboard, in which the first letters of both her and her husband-to-be’s name were inside a heart.

Cuoco and Cook, 27, got engaged in November 2017 after nearly two years of dating.

In March, Cuoco told PEOPLE that she and Cook are eager to tie the knot and “don’t want to wait much longer.” 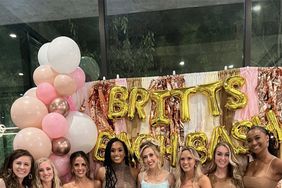 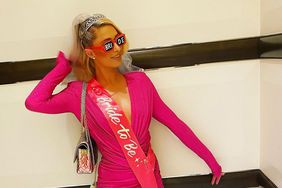