Bachelor Nation can breathe a sigh of relief — Kaitlyn Bristowe and Shawn Booth are going strong.

Bristowe, 33, addressed breakup rumors on the latest episode of her Off the Vine podcast on Thursday. The former Bachelorette said that just because the couple has been spending more time apart this summer does not mean that they are any less in love. (She’s been in her native Canada, while Booth’s focused on his Boothcamp gym in Nashville.)

“So here’s the truth. I’m in Canada because every single year I have made a promise to myself and my family that I will come up every August and enjoy downtime with the people that I love in a country that I love,” she said. “Family is so important to me. Relationships in general are very important to me. I put relationships first.”

She continued: “Shawn did not come up with me because the guy just bought a gym. He bought a business. He has started something huge. He is the most dedicated person I’ve ever met. He’s gonna have to be there for months. … We are both so busy, and unfortunately that means we’re spending all of this time apart.”

Despite their hectic schedules, Bristowe said the pair are still “110 percent committed to each other.”

“You are both always away, you’re exhausted at the end of the day, sometimes the relationship isn’t being put first, but does that mean you call it quits? No. You love the sh-t out of each other and you work through it — and yourselves to be better. And you know that times aren’t always going to be smooth sailing,” she said. “You just have to get through those hurdles and enjoy the good times. Shawn and I are 110 percent committed to each other and, yes, we are still together.”

But Bristowe doesn’t fault people for speculating about their relationship. She admitted that she’s been less active on social media lately, leaving people unsure of her status with Booth.

The Bachelorette‘s Shawn Booth on Surviving the Reality TV Curse: ‘We Take It Day by Day’

“To be honest, I didn’t think I would have to do this but also I shouldn’t be surprised. I was on a reality show that showed me getting engaged to somebody. [People] will become invested in us and our love story,” she said. “I haven’t been wearing my engagement ring and not even noticing myself people have pointed out that I apparently haven’t been liking his photos on Instagram.”

Booth recently opened up to PEOPLE about how they keep their relationship going after a three-year engagement.

“I think anybody who knows us or follows us sees that we like to have a lot of fun,” said Booth. “We don’t take ourselves too seriously and we take it day by day, like every other couple. We have a great time.”

“We built that solid foundation on the show and have just become stronger ever since,” he added. “We’re fortunate enough to connect and we’ve been having a blast for the past three years, just being supportive of one another and enjoying each other’s presence.” 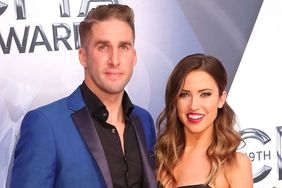 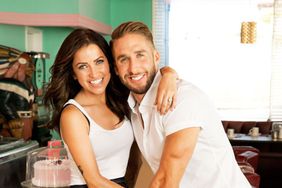 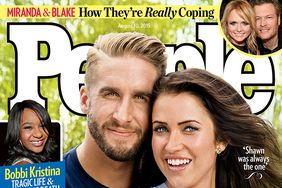 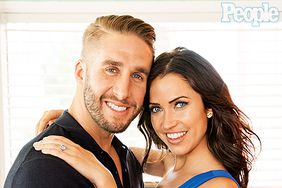