Look out The Hills fans — two of your faves have reconnected!

Former MTV star Justin Bobby Brescia said in Thursday’s episode of Reality Life With Kate Casey that his ex-girlfriend and costar Audrina Patridge “reached out” to him after he commented on her recent separation from husband Corey Bohan.

“I’m literally chatting with Audrina right now,” he said when asked about his former love. “We’re talking because I made a comment about her, you know, what was happening with her divorce.”

“She had reached out to me and kind of thanked me for just being nice and a friend about the whole thing,” he continued.

The 35-year-old, whose real name is Justin Brescia, told E! News last week that his first reaction to news of Patridge’s split from Bohan was to think of the child involved.

“Me, coming from a separated family at a young age, it had its perks and it had its hindrances,” he said. “My second thought is if she’s okay, because she’s been a longtime friend. My thoughts and my heart go out to her and her little one at this time.”

“I don’t feel good about it,” Brescia, who dated Patridge on and off from 2007 to 2010, continued. “The baby is so cute and beautiful. Thank God Audrina has such a strong foundation with her family. They just reap family values to the highest degree, is what I’ve learned over the years.”

Patridge filed for divorce and obtained a restraining order against her husband of 10 months last week, with whom she shares 1-year-old daughter Kirra Max. 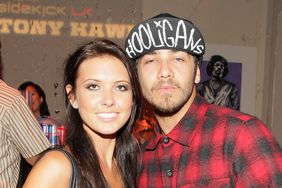 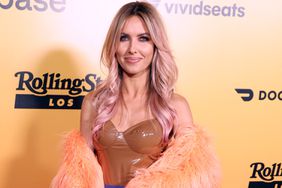