"We are so grateful that God saw him through this cowardly attack alive," the family says in a statement obtained by PEOPLE

Jussie Smollett‘s family is speaking out days after the Empire star was targeted in an apparent hate crime attack.

“In the early hours of Tuesday morning, our beloved son and brother, Jussie, was the victim of a violent and unprovoked attack,” the family says in a statement obtained by PEOPLE.

“We want to be clear, this was a racial and homophobic hate crime. Jussie has told the police everything from the very beginning. His story has never changed, and we are hopeful they will find these men and bring them to justice,” the statement continues. “Our family thanks everyone for their prayers and the huge amount of love he has received. We are thankful to our village for your immense support during this trying time. We are so grateful that God saw him through this cowardly attack alive. Jussie is a warrior whose light cannot be dimmed.”

“We want people to understand these targeted hate crimes are happening to our sisters, brothers and our gender non-conforming siblings, many who reside within the intersection of multiple identities, on a monthly, weekly, and sometimes even daily basis all across our country,” the family says.

The statement concludes, “Oftentimes ending fatally, these are inhumane acts of domestic terrorism and they should be treated as such. They will continue to occur until we hold each other accountable. Make no mistake, words matter. Hateful words lead to hateful actions. Radical love is the only solution, but passivity will be our downfall. We, as a family, will continue to work for love, equity and justice until it reigns supreme in our nation and all over the world. With love & gratitude, The Smollett Family.”

The star, 36, was allegedly attacked by two black-clad, masked men in Chicago’s Streeterville section near his home on Tuesday. Smollett was treated at Northwestern Hospital and remains in stable condition.

On Wednesday, Chicago Police spokesman Anthony Guglielmi released an update on the case, revealing how investigators have acquired footage that could lead to the arrests of the Empire actor’s assailants.

The police also released two photos of the persons of interest, however, the images did not show the individuals’ faces.

“Photos of people of interest who were in area of the alleged assault & battery of Empire cast member,” Guglielmi tweeted on Wednesday evening alongside the photos of the figures, both wearing dark clothing, walking side-by-side. “While video does not capture an encounter, detectives are taking this development seriously & wish to question individuals as more cameras are being reviewed.”

The latest in the investigation comes after Guglielmi told PEOPLE he was optimistic video evidence will surface that will help them solve the apparent hate crime attack.

Guglielmi said the actor returned to his apartment afterward, and called his manager, who quickly made his way to Smollett’s home. “The manager goes to the apartment, and they agree to call police. The manager called us at 2:40 a.m.,” Guglielmi added.

Describing the details of the allegations as “heinous,” Guglielmi said police had widened their search of surveillance cameras — both public and private — in the area surrounding the site of the alleged attack.

“The victim goes to Subway just after midnight and on his way back, he was attacked by two men,” Guglielmi stated. “They were masked and wearing black clothing. They called him an Empire … and they used a homophobic slur. They also used the N-word. They proceed to assault him, and they throw a chemical on him that may have been bleach, and put a rope around neck.”

In his second interview with police, Smollett remembered his attackers calling out the abbreviation of Donald Trump‘s slogan “Make America Great Again,” according to a statement from the Chicago Police previously obtained by PEOPLE.

Before Smollett’s incident, additional security was hired for the Empire set after Fox Studios’ Chicago offices allegedly received a threatening homophobic letter addressed to the actor, who is gay, last week. TMZ first reported the news.

The FBI is investigating that alleged letter, Guglielmi told PEOPLE.

In photos of the purported letter — which were obtained by GrapeJuice.net and TMZ — the words “you will die black f–” are spelled out in magazine letter cut-outs.

PEOPLE has reached out to the FBI for comment.

“These young men had to drive in from somewhere … they had to walk in from somewhere,” Guglielmi told PEOPLE on Wednesday. “If and when this occurred, we will find some kind of digital evidence of it. We have the largest private surveillance network in the country with 3,500 cameras citywide. That particular area’s saturated with our cameras as well as private cameras and red light cameras. If someone drove into this area, we will find them.” 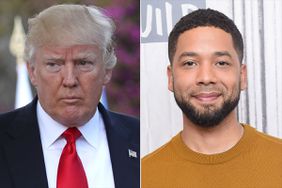 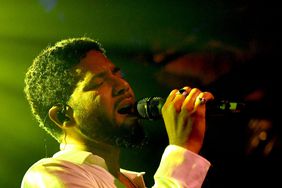