Julianne Hough is seemingly hinting about her reunion with estranged husband Brooks Laich.

Posting to Instagram on Saturday, the 32-year-old dancer and actress shared a picture and video of herself in a car as her husband's Husky, Koda, gently rests his head on top of hers. "This sweet boy loves his momma 😭🐺," Hough captioned her post, which shows her going make-up free in a bright purple ensemble.

"Are you comfortable Koda?" Hough asks the dog in a video posted as the canine companion pushes her hat down with his head and begins to then lick her face.

Hough and Laich, 37, previously welcomed the adorable pet into their family two years ago in 2018.

Also on Saturday, Hough shared a photo of Koda on her Instagram Story with a similar background featured in Laich's Instagram Story from Friday that also featured his dog. "Man I love this guy!" he captioned a video of Koda resting on a couch.

On Friday, a source told PEOPLE that Hough and Laich might be giving their relationship another try as the stars have continued to spend time together since announcing the news of their separation in May after nearly three years of marriage.

The two are "definitely working on their marriage again" and added, "A reconciliation is looking more and more likely," the source said.

Reps for Hough and Laich did not respond to PEOPLE's requests for comment.

Their initial decision to part ways came after multiple sources told PEOPLE earlier this year that the pair hit a rough patch in their marriage. They had also been social distancing separately during the COVID-19 pandemic, with Laich in Idaho and Hough at home in Los Angeles.

"We have lovingly and carefully taken the time we have needed to arrive at our decision to separate," Laich and Hough said in a statement at the time. "We share an abundance of love and respect for one another and will continue to lead with our hearts from that place. We kindly request your compassion and respect for our privacy moving forward."

At the time, one source with knowledge of the situation told PEOPLE the relationship had "been over for a while," and the fact that they were "perfectly fine being apart" during the pandemic made them realize it was time to part ways.

But the two have remained in each other's lives: Laich celebrated his birthday in June with Hough's brother Derek, and he was also present at a pool party celebrating his wife's birthday in July.

In August, the pair was spotted grabbing lunch together in Los Angeles. They were photographed sitting outside at an Italian restaurant and left together after the meal.

"Brooks really still wants to make it work and she's considering it, but taking her time," an insider told PEOPLE at the time. "He's open to whatever it will take."

"Julianne likes the idea of freedom but doesn't want to lose such a good, solid guy," the insider added. "Everyone who knows him knows how grounded and great he is. Her friends and family don't want her to lose someone like that." 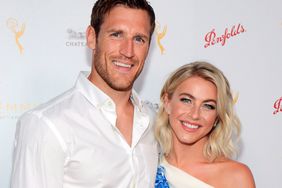 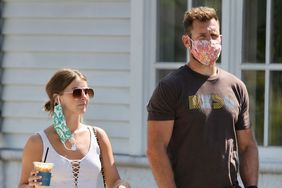 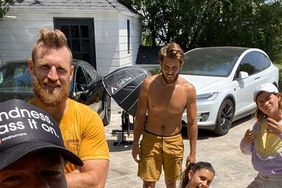 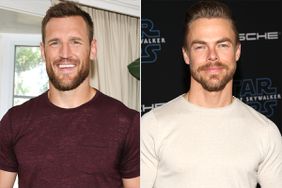 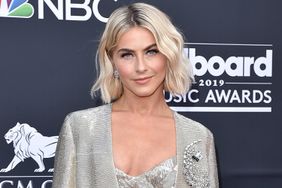 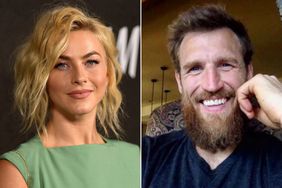 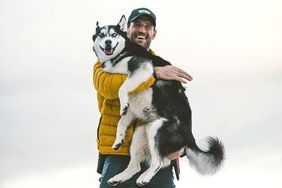