Julianne Hough's wedding ring was noticeably missing during their outing

Julianne Hough and Brooks Laich were together again.

On Saturday, the couple stepped out to grab lunch in Studio City, California. The dancer, 31, wore a pair of grey sweat pants and a cropped crew neck sweater with her hair in a top knot bun.

Laich, 36, also opted for a more athletic look with a Nike long sleeve and athletic shorts.

Their outing comes just a few days after Hough shared a cryptic message on Instagram amid what sources have told PEOPLE is a rough patch in her relationship with her husband. The Kinrgy founder’s post was about continuing to love someone as they grow.

“To love someone long-term is to attend a thousand funerals of the people they used to be,” the quote by psychology writer Heidi Priebe read. “The people they’re too exhausted to be any longer. The people they don’t recognise inside themselves anymore. The people they grew out of, the people they never ended up growing into. We so badly want the people we love to get their spark back when it burns out; to become speedily found when they are lost.”

“But it is not our job to hold anyone accountable to the people they used to be,” the quote continued. “It is our job to travel with them between each version and to honour what emerges along the way. Sometimes it will be an even more luminescent flame. Sometimes it will be a flicker that disappears and temporarily floods the room with a perfect and necessary darkness.”

Laich has also been posting cryptic messages on social media, one revealing that he has been “re-assessing many things” in his life lately.

“One of the most important things I’ve been looking at is how I spend my time every day,” he captioned a post in January. “I’m redefining my priorities, and putting happiness at the forefront. I’m making changes to my daily routine, and prioritizing the things that bring me the most joy. Everything else lines up behind those.”

A source recently told PEOPLE Hough and Laich have been having “problems for months.”

“She’s very independent and a free spirit, and that’s been tough for Brooks and their marriage,” the source said.

Fans first began speculating about a split on New Year’s Eve after noticing that Hough was not wearing her ring while co-hosting the NBC show. She also posted a video of herself ringless on Christmas Eve.

“Maybe it’s just a phase, maybe not,” another insider said at the time. “But either way they are not going to address it publicly right now.”

Neither has publicly addressed any marital trouble, and their reps have not commented, though a second insider told PEOPLE, “They want to do this their way. They don’t want to discuss their marriage. They have been having problems, but many people do.”

Another source said Laich is hopeful that the couple will get through it.

“If it was up to Brooks, he would stay married,” the source told PEOPLE. “And he is obviously still hoping things will work out with Jules.”

While Hough “already has her own life that she seems happy with,” Laich “keeps holding on,” according to the source.

Hough and Laich wed in July 2017. Last year, both were open about trying to get pregnant via in vitro fertilization, and both have also discussed exploring their sexuality. 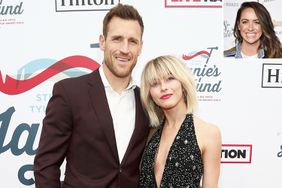 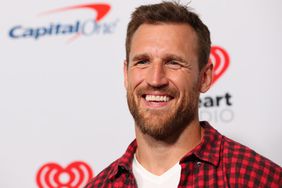