In the lawsuit, Chyna claimed that Jenner and Kardashian West were responsible for E! not moving forward with the planned second season of Rob & Chyna

A judge tentatively granted Kris Jenner and Kim Kardashian West’s request to dismiss Blac Chyna’s lawsuit against them on Thursday.

In the lawsuit, Chyna claimed that Jenner and Kardashian West were responsible for E! not moving forward with the planned second season of Rob & Chyna, her and her ex-fiancé Rob Kardashian’s reality show that documented the birth of their one-year-old daughter Dream Kardashian. In December, attorneys for Jenner and the Kardashians, Shawn Holley and Patricia Millet, filed a “demurrer” objecting to and asking for a dismissal of the lawsuit against them.

Chyna’s attorneys Lisa Bloom and Vanessa Hooker were also granted another chance to amend their complaints in the lawsuit, which they present on a later court date. They filed an opposition to the demurrer on Jan. 4.

“This was their attempt to have some of the issues dismissed because they alleged we didn’t properly plead them,” Bloom told reporters. “So the judge gave us leave to amend, which means the judge is allowing us to do another version of the complaint to add some allegations. [The Kardashians] will then probably come back and say it’s still not sufficient and we’ll probably be back and argue it again.”

Millet, the attorney for Jenner and Kardashian, told reporters, “We don’t think they can fix it.”

In the demurrer filed Dec. 21, the Kardashians argued that Chyna, 29, herself prevented the show from filming after receiving a domestic violence restraining order against Rob, 30, in July.

The order prevented Rob from contacting Chyna “either directly or indirectly, in any way” and required him to stay away from her, her home and place of work.

In October, Chyna filed another lawsuit against her ex-fiancé for allegedly damaging her brand and verbally and physically abusing her, which he denied. 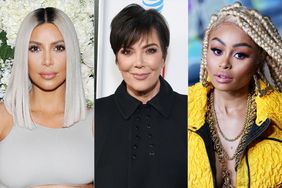