Josh Duggar Will Be Released into Custody of 'Close Friends' of the Family, Lacount and Maria Reber

On Wednesday, a judge ruled that Duggar, 33, will be released to designated third party custodians, Lacount and Maria Reber, described in court as "close friends" of the Duggar family

Josh Duggar is set to be released from prison Thursday as he faces charges for receiving and possessing child pornography.

On Wednesday, a judge ruled that Duggar, 33, will be released to designated third party custodians, Lacount and Maria Reber, described in court as "close friends" of the Duggar family.

As Duggar's custodians, the Rebers will monitor his activities to make sure he stays in compliance with court orders while his case is pending. They are required by law to report if Duggar violates any court orders.

Earlier in the hearing, a federal probation officer, Diem Nguyen, was called as a witness and recommended to the court that Duggar not be released.

During his testimony, Nguyen said that Maria had expressed concerns to the probation office about Duggar's release into their home because her husband works full-time and there are several hours per day she would be alone with Duggar.

"Mrs. Reber was concerned regarding being left alone with Josh, because he was a male and she was a female," Nguyen said, adding that "she wasn't sure how she felt about being alone with him for long durations of time."

Maria also told Nguyen that she and her husband did not know Duggar well, but they were close with his parents — Jim Bob and Michelle — who asked them to serve as his custodians.

"She and her husband felt that they should help Mr. Duggar's parents and Mr. Duggar," he said during his testimony.

Maria added that she was "familiar with" but "did not know the details of" the charges against Duggar, Nguyen said.

The probation officer also said the Rebers sometimes have minor children over for piano lessons with their adult daughter and that both Lacount and Maria owned firearms but not a firearm safe.

"The minors that come to the home cause the probation office some concern, as well as the pistols," Nguyen said.

In her own testimony, however, Maria said they could relocate the piano lessons and remove the firearms should Duggar reside in their home. Lacount later added that the couple and their adult daughter would ensure that Duggar has no access to their phones or computers.

During Duggar's arraignment last week, it was ruled that he would not be allowed to live with minors if released on bail, but he requested in the motion that he be allowed to return home to his family.

However, he has been granted "unlimited contact" with his children, so long as Anna is present. Duggar may not see any other minor child, including his nieces and nephews.

"Don't make me regret this decision," the judge advised Duggar before adjourning.

Attorneys for Duggar did not immediately respond to PEOPLE's request for comment. 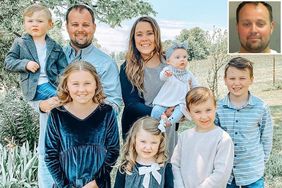 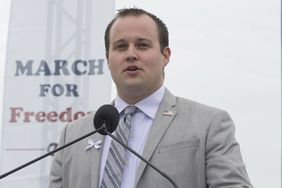 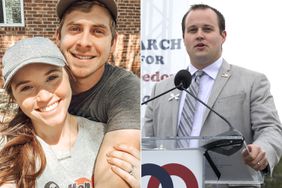