"She's standing by him," a source tells PEOPLE exclusively. "She thinks Josh is innocent."

"[Josh] has seen [his] children with Anna there. She has to be there," the insider adds of Anna, who is currently pregnant with the pair's seventh child.

Late last month, the U.S. Marshals Service confirmed to PEOPLE that Homeland Security arrested Josh, 33, and transported him to an Arkansas jail where he was held without bond.

While in police custody, the 19 Kids and Counting alum appeared in court virtually via Zoom and pleaded not guilty to charges of receiving and possessing child pornography.

At the time, U.S Chief Magistrate Judge Erin L. Wiedemann also declared during the hearing that Josh would be prohibited from returning to his Arkansas home with Anna, 32, and their six children if released. Instead, he would have to be "in a residence where there's no minor in the home."

Josh was released from jail one week after his arrest. As he awaits trial, he is required to stay with third party custodians Lacount and Maria Reber. He is being confined to their home with GPS tracking.

Josh was additionally granted "unlimited contact" with his children — Mackynzie Renée, 11, Michael James, 9, Marcus Anthony, 7, Meredith Grace, 5, Mason Garrett, 3, and Maryella Hope, 17 months — provided that Anna is present. However, he is not allowed to see any other minor children, including his many nieces and nephews.

Josh's trial is set for early July. If convicted, the former reality star faces up to 20 years of imprisonment and fines up to $250,000 on each of the two counts, making his total possible sentence 40 years.

Josh Duggar: What to Know About the Family's Eldest Child — from 19 Kids and Counting to His Arrest

Josh's parents, Jim Bob and Michelle Duggar, broke their silence on the matter shortly after his arrest. "We appreciate your continued prayers for our family at this time. The accusations brought against Joshua today are very serious," their joint statement read.

"It is our prayer that the truth, no matter what it is, will come to light, and that this will all be resolved in a timely manner," it continued. "We love Josh and Anna and continue to pray for their family."

Josh, who prosecutors believe had more than 200 images of children on his computer, is no stranger to controversy. In 2015, a 2006 police report that surfaced indicated Josh was investigated for molesting five underage girls, two of which included sisters Jill Dillard and Jessa Seewald. Josh said that he was "extremely sorry" for the "wrongdoing."

That same year, Josh revealed that he cheated on Anna and admitted to struggling with addiction to pornography after Gawker reported about his active accounts on Ashley Madison — a website that helps to facilitate affairs. His Arkansas car dealership was then raided by Homeland Security in 2019 due to an "ongoing federal investigation," but it was never made clear whether he was the focus of the investigation. 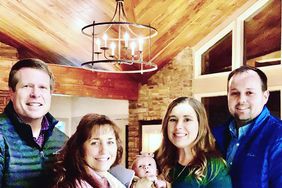 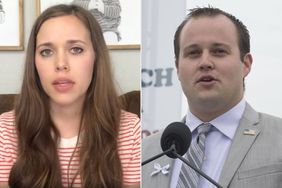 Jessa and Ben Seewald Speak Out After Josh Duggar's Arrest: 'We Are Saddened' 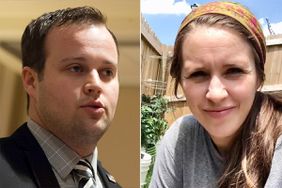