One of Josh Duggar‘s staunchest supporters just pulled a 180, writing a scathing condemnation of the disgraced reality star’s infidelity.

Michael Seewald – the father of Josh’s sister Jessa‘s husband, Ben – said he was “rooting” for Duggar in May, when reports resurfaced that he molested five underage girls as a teen. But after Duggar’s second sex scandal broke two weeks ago, Seewald called him a hypocrite.

“In commenting on this I do not wish to add any more distress to a family still recovering from the indignity of the publication of a police report detailing Josh s sins as a teenager,” Seewald began in a blog post Monday. “Though I have never gotten to know Josh very well, I have great respect for his sorrowing parents and immense sympathy for his dear wife Anna and their four children. I myself have been mourning over the irreparable damage that has been done to many by this whole circumstance, yet the reason I feel obliged to make these remarks is an overwhelming desire to vindicate the name of God.”

“It distresses me to say that Josh Duggar’s greatest sin is a byproduct of the sum total of his secretly sinful lifestyle. That is, that by his hypocrisy, he blasphemed the name of God. He claimed to be a Christian, but by his deeds he has suggested otherwise. With the name of God on his lips he lived a covert and extensive lifestyle of evil,” Seewald wrote. “While proudly saying things like, ‘Our family is like the epitome of conservative values,’ he was looking at porn and soliciting affairs. He took a job at the Family Research Council that exists to promote the traditional family, all the while undermining his own family by violating his marriage covenant.

“He flourished in the fame of his family and the success of their television show, all the while betraying their trust and Christian values. The thing that is so hurtful is that he was a loud voice endorsing Christian ethics and he has been shown to be a fraud. I am profoundly grieved that he attained such a platform only to bring shame on God’s holy name and the Christian faith. After hearing of Josh’s scandal when he was a teenager, I publicly stated that Josh appeared to be a changed man, was walking above reproach, and living out the faith that he professed. I stood in solidarity, encouraging him to use the scandal to build humility and grace. Sadly, he had deceived us all. The name of God has been blasphemed and God is jealous for his name.”

Duggar, 27, has since left the home he shares with Anna and their four young children to check into rehab at Reformers Unanimous in Rockford, Illinois.

Tony Richardson, director of development with Reformers, told PEOPLE that the no-frills center offers a treatment program “based solely on the Bible.”

But Seewald called Duggar “a pretender.”

“True Christians fail often, but their lives are truly being conformed to the image of Christ,” he said. “Do not look at Josh and justify your own sins by dismissing the reality of genuine faith and a holy God.”

Seewald’s son and daughter-in-law addressed their family’s fall this weekend.

“You just have to keep your focus and trust God,” Jessa, 22, told PEOPLE on Saturday at the Southern Women’s Show in Charlotte, North Carolina, where she was promoting her book Growing Up Duggar: It’s All About Relationships.

Seewald is not the first relative to speak out against Duggar: Anna’s brother Daniel Keller wrote on Facebook last week that he “won’t stop trying to get that pig out of our family.” His comments have since been deleted.

A rep for the Duggars says they are not commenting on Seewald’s blog post.

For much more on the fallout from Josh Duggar’s secret double life and the Duggars’ ultra-conservative lifestyle exposed, pick up this week’s issue of PEOPLE, on newsstands now 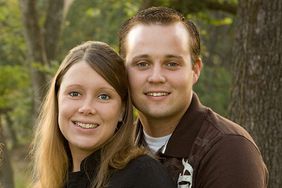 Josh Duggar in Rehab: Inside the No-Frills Center Treating 'Addiction in a Biblical Way'

Anna Duggar's Brother Bashes Cheating Husband Josh on Facebook: 'I Won't Stop Trying to Get That Pig out of Our Family' 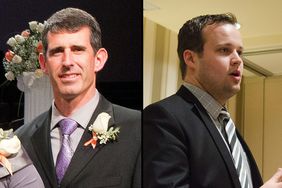 Josh Duggar Is Due to Leave Rehab 'Any Day,' Source Says 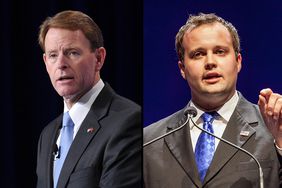