Jordyn Woods has broken her silence.

In her first interview since her alleged hookup with Tristan Thompson, the 21-year-old model joined Jada Pinkett Smith on Red Table Talk on Friday to tell her side of the story.

The interview comes just over a week after it was revealed that Khloé Kardashian, 34, and Thompson, 27, split after the NBA player allegedly made out with Woods. Here’s what we learned when Woods sat down with Smith on her Facebook Watch show Friday afternoon.

The model told Smith after a night of dancing and drinking at a club, she and her friends went to a party at Thompson’s house. Though she didn’t initially know the afterparty would be there, she agreed to go because it felt “like a safe environment.”

Woods denied rumors that she was giving Thompson a “lap dance,” but understood where that rumor came from. “I’m sitting on the arm of the chair” that Thompson was sitting in, she said. “But my legs were laying right over his.” She said she moved them when she realized her positioning.

2. Woods Said She Was ‘Drunk’ but Not ‘Blackout’

Woods admitted that she realized it was a bad idea to stay at Thompson’s house until “6 in the morning.” “That’s the first step where I went wrong,” she said. “And how I would feel if someone close to me is hanging out at my ex’s house, or the father of my child? I didn’t think about that.”

She told Smith that although she had been drinking, she was never “belligerently drunk to where I couldn’t remember what happened.”

3. Woods Said She Was Never Alone with Thompson

Woods said she had been on a “kind of a partying binge” that weekend, so it wasn’t out of character for her to stay out until sunrise. She said was not alone with Thompson throughout the night, though. “There was always somebody there while I was there,” she said. “Even up until the moment I left there were people there.”

Khloé Kardashian Opens Up About Cheating Scandal: ‘They’re Sorry Because They Got Caught’

When Woods realized the sun was coming up, she said she told everyone, including Tristan, she was leaving. “He’s like, ‘Are you sure? You know, it’s fine, you can be safe here,'” she said. But she decided to leave anyway.

“On the way out, he did kiss me,” she told the host, who asked if it was a peck or something more romantic. “No passion, no nothing, on the way out. He just kissed me. Like a kiss on the lips, no tongue kiss, no making out, nothing.”

Woods said she doesn’t think Thompson was “wrong” to make a move. “I allowed myself to be in that position. And when alcohol is involved people make dumb moves, or people get caught up in the moment or who knows,” she said.

After leaving Thompson’s house, Woods said she was “in shock” and thought, “Let me just pretend like that didn’t happen.” The next morning, she said she talked to Khloé and Kylie.

“I told them I was there, and I had talked to Khloé and she asked me what was going on, is everything fine?” she remembered. “And in my head of trying to forget that part of the story, I was just like you know, ‘No, he was chilling, everything was okay.’ ” Woods told Kardashian there were girls at the house party, but that he wasn’t “all over” them.

On her decision to lie, Woods said she was trying to “protect Khloé’s heart.” “I just knew how much turmoil was going on that I was like, let me not just throw more fuel on the fire,” she said.

Jordyn Woods Admits She ‘Wasn’t Honest’ with Khloé Kardashian: She ‘Doesn’t Deserve This’

6. Woods Said She Is Not the Reason Kardashian and Thompson Are No Longer Together

She said despite what happened, she is not the reason Kardashian and Thompson are no longer together. “Now, this situation may have made it harder for her to want to be with him, and I understand that, but I know I’m not the reason.”

When Smith asked Woods if she slept with Thompson, Woods vehemently denied the accusation. “Never a thought, never a consideration, never happened, never will I,” she said. “And that’s why I’m willing to be put up to the test. Attach me to a lie detector, whatever it is.”

As the Kardashian family and Woods’ family deal with the aftermath of the cheating scandal, Woods said her “mistake” should have been handled internally rather than publicly. “Because I’ve seen what has been done to my life in only a week based on how the media circulates,” she said. “They don’t put their focus on the real world problems. They’re putting their focus on a young black woman who made a mistake, and not a mistake that’s worth public crucifixion.”

In the week since news of the cheating scandal broke, Woods said she’s received death threats, online bullying and people saying her late father “deserved to die.” She feels that her family’s safety has been jeopardized. “My brother can’t go to work. My sister can’t go to school. She’s 12 years old,” she said. “My mom can’t even go to the grocery store.”

Khloé Kardashian Slams Jordyn Woods: ‘You ARE the Reason My Family Broke Up’

8. Woods Has Spoken to Kardashian Since the Cheating Scandal Broke

She didn’t tell the truth to the Kardashian family initially, “not because of malicious intent,” she said, “but because I was just scared.” If she could do it differently, she told Smith, she would have told the truth from the beginning.

Woods said she told longtime best friend Jenner that she was doing the Red Table Talk interview. “I think at this point, it’s gone too far,” she said. “Enough is enough and when the safety of the people I love is in jeopardy, I have to speak.”

As for Kardashian, Woods said she’s spoken with her “a little bit.” “I let her know that I’m willing to do whatever it takes for her peace of mind,” she said. “Not for my image. Not for my career.”

She said she has apologized to Kardashian as much as she could over the phone and over text. “I reached out and the opportunity is there,” she said. “I offered as much as I could.” 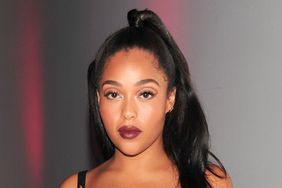 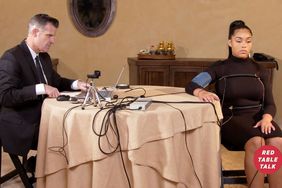 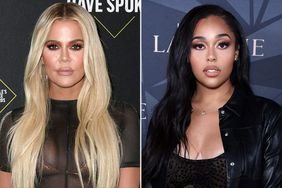 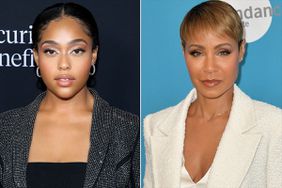 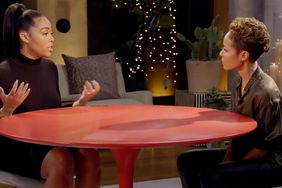 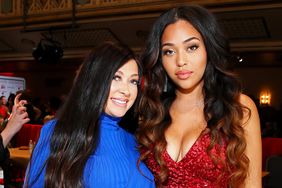 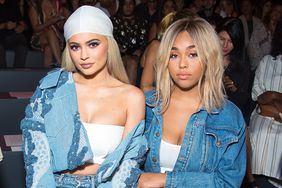