The Two and a Half Men star tells PEOPLE that Kutcher and his fiancée, Mila Kunis, are "lovely folks"

Is Ashton Kutcher ready to become a dad?

Just ask Jon Cryer, his on-screen BFF on Two and a Half Men.

“Oh, it’s going to be a disaster,” Cryer, 49, joked of his costar at the TCA panels and party Thursday.

“No, Ashton is super excited,” he continued. “Ashton has even been excited every time we had a child actor on set. He loves kids and could not be more stoked to have a child.”

Kutcher, 36, and fiancée Mila Kunis, 30, are expecting a baby later this year. The former That ’70s Show lovebirds got engaged in February after dating since April 2012.

The parents-to-be have poked fun at their relationship on his CBS show, but Cryer said he hopes they get some privacy as they await their little one’s arrival.

“I’m very excited for it! They are super lovely, but if you hang out with them, they are just a young couple having a baby. They just happen to be two of the most beautiful people on Planet Earth, but other than that, they are two of the most normal people.” he told PEOPLE. “It’s just so tough for them everywhere they go, they’re just hounded. I hope people will let them be a normal, young married couple at some point, because they deserve that. They are lovely, lovely folks.”

“He’s had a sort of a shadow fatherhood in his relationship with Demi and Demi’s kids, but this is his chance to start from the word ‘go,’ ” he explained. “It’s the same, but it’s different, so it’s so fun to watch someone be so excited about something.” 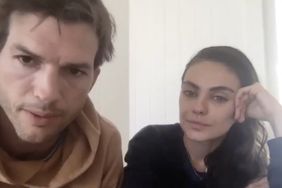 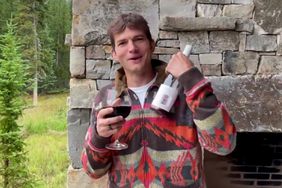 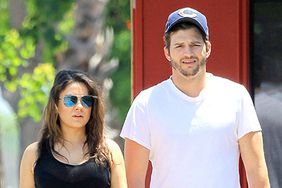