In an exclusive sneak peek at Friday's episode, Coach Korn begins the Westbrook Sirens girls basketball team practice by going over his plan of action for their big game against Carlsbad Prep. Rolling out the "Sacrifice Play," he says this "game changer" requires their team's best player to force Carlsbad Prep's players to double team her. She will sacrifice the ball to the team's number two player.

"Our number two will sacrifice it to the least expected player and she will make the shot," Coach Korn says. "You know, the one who puts in all the work and goes unnoticed. The one who always shows up and gets the job done. Kind of like what it means to be a parent, huh?"

Coach Korn proceeds to explain what he's come to understand about parenting while coaching the team. "It's taken me a long time to figure out what it means to be a dad," he says. "At first, I thought it was about providing. Right? And it is, that's part of it. And I thought, 'No, you have to spend time with your kids. Spend time, that's what's important.' And I said, 'No, no. Discipline, that's the most important thing.' Discipline, setting boundaries, rules, punishments."

"Then it hit me: being a parent is about sacrifice," he continues. "Sacrificing your own needs, your own desires for the good of the child. It's a lifetime commitment. And at the end, you don't win a trophy or get a banner or a shiny ring, no."

He concludes by saying the ultimate "win" is "raising a child who is caring enough, smart enough, who was compassionate enough and who was loving enough to be a better echo of you. This is worth any sacrifice." 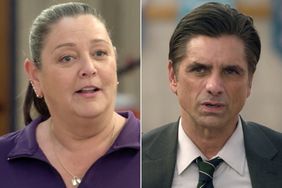 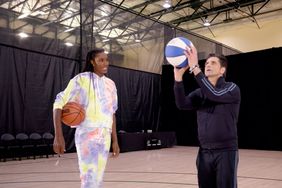