Though the pair has ended their romance, both Cena and Bella have acknowledged that they hope to reconcile

In a new clip from Sunday’s season 3 premiere of Total Bellas, Cena explains the new “house rules” for the San Diego home he was sharing with then-fiancé Nikki Bella. (In previous seasons, the pro wrestler has enforced rules including no shoes in the house, no pets, weekly formal dinners and more.)

“Living with you guys for the first time, you want to continue living your life the way it is, so you lay down the law,” he says during a dinner with Bella’s family. “I was explaining the house because I was certainly very proud of it. I built it from the ground up. I not only wanted to show it to you guys and welcome you in but have it keep its integrity.”

But this time around, Cena says he wants to make his guests feel more at home — which means scrapping the rules.

“This place has a very different feel,” he says. “It feels like home. So walking in with your shoes on, that’s okay. So is spilling a drink.”

The whole family then lifts a glass to cheers to “no rules.”

In the upcoming season, Bella, 34, and Cena, 40, move to San Diego together. But despite their new home, the couple spent long periods of time apart due to their busy schedules and Bella has opened up about the loneliness she felt in her relationship.

“What’s hard at times that people don’t realize about my relationship is I’m alone a lot,” Bella said in a previously released clip. “I’m alone in these big, beautiful homes.”

“Honestly, John and I have shared our bed together maybe 30 days total — out of six months,” she continued.

Bella called off her engagement to Cena in April, three weeks before they were meant to walk down the aisle. Sources previously told PEOPLE that her decision to split was due to their differing stances on marriage and having kids.

Though the pair has ended their romance, both Cena and Bella have acknowledged in recent weeks that they would like to get back together in the future.

“I definitely do [think we will get married]. I think he’s Mr. Right. He’s Prince Charming,” Bella recently told PEOPLE. “He’s an amazing man. I hope that our paths do come back together and I think they will.” 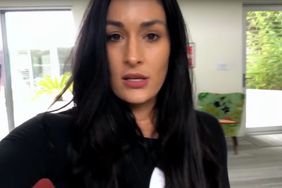 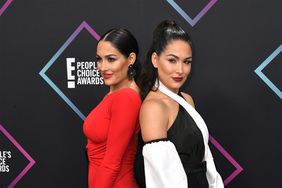 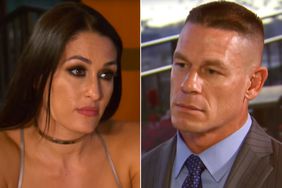