Sophie Turner has nothing but appreciation for her fiancé Joe Jonas.

In a cover story for Glamour U.K., the Game of Thrones actress — who previously revealed that she went through a rough patch before Jonas, 29, came into her life — opened up about her romance with the musician and how he helped her find herself.

“I think for the longest time I didn’t have a real sense of myself. I had a bit of an identity crisis where I was playing all these people and I’d grown up faster than I probably should have done,” she told the British publication. “I hadn’t been able to experience university, or just spend a lot of time with friends, so for a while, I kept thinking, ‘Who am I?’ ”

It wasn’t until Turner, 23, started dating Jonas in November 2016 that she said her life began to change for the better.

“A lot of [my happiness now] is to do with being with a person I’ve fallen in love with, who loves me more than he loves himself, and who wants to see me find my own happiness,” she shared of Jonas, who popped the question in October 2017.

“That was probably the biggest thing that pushed me to find who I am — and find my happiness in things other than acting,” she added.

The couple has kept fairly tight-lipped about their romance since they began dating nearly three years ago.

In July, the actress opened up to U.K.’s Sunday Times about her relationship with Jonas, confirming that the pair was exclusive but it was “very private,” and said it was following a recent period of “isolation” for her.

“I very much isolated myself for a while and forgot what was fun. Going out with friends, going out to eat, not really having a care,” she told the publication. “And people I’ve met recently in my life have drawn me out of that.”

It’s a ‘Yes’! Joe Jonas and Sophie Turner Are Engaged

She continued, “It really helps you own those insecurities. The things I tortured myself about before, I can forget about.”

According to the British starlet, she was in a much more positive place in life than she was before. “I’m happier than I’ve been in a very long time,” she said.

In recent months, the couple has gotten more comfortable talking about their romance — in person and on social media — with Jonas revealing during a March 4 visit to The Late Late Show with James Corden that they had decided on a wedding date.

“Well, we’re going to get married this year,” he revealed, to cheers from the audience.

Days after the band released the catchy pop tune, Turner used Instagram to show her true fangirl dedication — not only as Jonas’ main squeeze, but also as his most loyal fan.

Lying on her stomach on a bed while wearing a white tracksuit and matching sneakers, Turner gazed adoringly down at a throwback concert photo of her beau.

Notably, posters featuring the trio of brothers decorate the walls behind the bed, adding to the teen-movie aesthetic of the adorable snapshot. 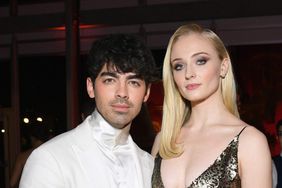 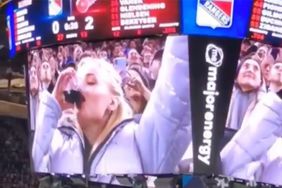 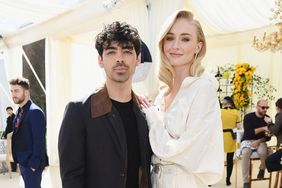 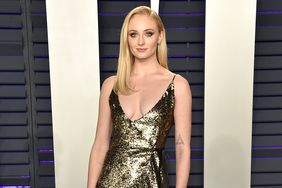 'Game of Thrones' ' Sophie Turner Says She's Experimented with Women: 'I Love a Soul, Not a Gender' 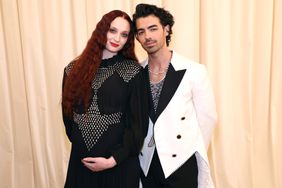 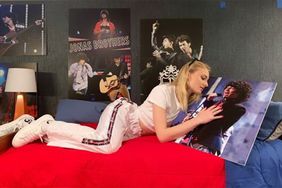