"I could barely keep it together," the judge writes of seeing Krissi's face during the competition

Joe Bastianich is a restaurateur, winemaker, author and one of the judges of MasterChef. He is blogging each week about the show’s search for the best home cooks. Follow him on Twitter @Jbastianich or visit joebastianich.com.

Wednesday’s episode of MasterChef featured our final seven contestants facing not one, but two protein-centric challenges. Talk about a warm welcome back for Bri!

In hindsight, I think the T-bone challenge was a little elementary for this group, given the late stage of the competition. Even with the expected elevation factor, if our home cooks can’t nail this in their sleep, then we are all doing something wrong.

Luckily, everyone made a stellar showing, and although Jordon put forth great effort, the fight was really between Luca and Krissi. From always-last-picked to winning her first mystery box, it is clear Krissi is finally making better use of her time in the MasterChef kitchen. As tough as she acts, she just didn’t have the gall to take a risk until now, and it was thrilling to see her rewarded for doing so.

Luca, too, refrained from playing it safe, but also avoided making the kind of stupid decisions that have hindered him these last two months. As far off as this concept may have seemed two weeks ago, I would not count either of them out at this point.

The elimination challenge was one of the funniest on set I can remember. The pure joy on Krissi’s face at the sight of those birds, and that evil, maniacal laugh – I could barely keep it together. She couldn’t have dreamed up a better deal for herself. Although her keen strategy ultimately failed her, it was not for lack of a well-thought-out plan of attack.

Jessie’s execution of the chicken was inexcusable and also surprising – such a waste of her skill. You could see it on her face: perhaps the grueling lifestyle our home cooks have been enduring has taken its toll. We’ve seen it before with Lynn and Eddie, too, to some degree. Being a cook doesn’t necessarily mean you are a competitor. We know everyone in this group can cook, but it’s the true fighters who are starting to emerge victorious. I almost wonder if Jessie would have been relieved, had we chosen to let her go.

Jordan’s departure might have put our remaining contestants at ease, but on a personal level, no one was happy to see him go. Although at times his bluntness could be jarring, he is a young man with a lot of heart and a lot of talent. I do not think we’ve seen the last of him. We’ll be looking out for that five star dive, Jordon. You made her proud indeed.

Tune in next week at (9 p.m. ET) on FOX as our contestants face another team challenge. And with Bri holding the reins this time, who knows what is in store for Krissi! Thanks for reading!

Joe Bastianich Blogs: Lynn's Meltdown Was a Letdown – But Not a Surprise 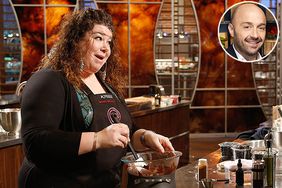 Joe Bastianich's 'MasterChef' Blog: Why Krissi Biasiello Is One to Watch

Joe Bastianich's 'MasterChef' Blog: Eddie Is the One to Beat 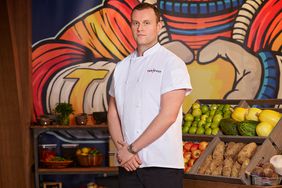 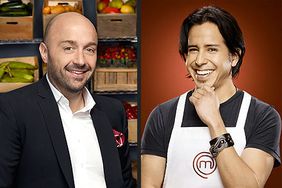