Jill (Duggar) and Derick Dillard Return to Central America for Mission Trip: It Was 'Hard to Say Goodbye'

Jill and Derick Dillard, along with baby Israel, flew back to El Salvador to continue their mission trip Monday.

The couple, who returned to the United States for the second time since first traveling to Central America country in September, wrote on the family’s blog that it was “hard to say goodbye.”

In the message, which was also shared to the reality TV family’s official Facebook alongside an airport photo of the couple and Israel, the Dillards said they are looking forward to getting back to work.

“We are headed back to Central America. In the weeks ahead language school will become much more intense as we work to become fluent in Spanish,” they wrote. “We are looking forward to seeing the faces of the sweet friends we’ve made in Central America who are helping us in our mission work. It will be next summer before we are able to make a short visit back to the States again.”

Jill and sister Jessa (Duggar) Seewald‘s upcoming TLC specials will document the preparation for the couple’s mission trip. The special is the family’s first return to the small screen following their brother Josh Duggar‘s admission to molesting underage girls as a teenager and cheating on his wife. 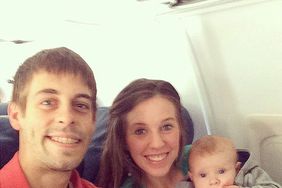 Jill (Duggar) Dillard on How Son Israel Is Growing Up on Central American Mission Trip: He Learns 'Something New' Every Day 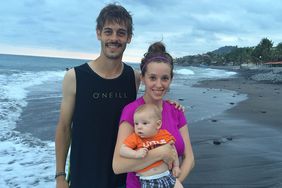 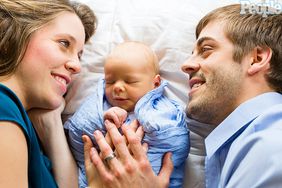