"We both just are still madly in love with each other and we genuinely enjoy each other's company," Jessie tells PEOPLE about husband Eric

Jessie James Decker has discovered the key to keeping the spark alive in her marriage.

This past June, the country singer and her husband, Tennessee Titans wide receiver Eric Decker, celebrated their fourth wedding anniversary. Over the course of their four-year marriage, the couple has welcomed two children — daughter Vivianne “Vivi,” 3, and son Eric Jr. “Bubby,” 2 — and “have grown together I would say beautifully,” says Jessie.

“We just like each other and we always have and it continues to strengthen,” Jessie, 29, tells PEOPLE about the couple’s marriage. “I think we’re such great parents together — I could not have picked a better partner to have kids with. We parent so well together and besides parenting well together, we both just are still madly in love with each other and we genuinely enjoy each other’s company.”

To keep the romance sizzling in their relationship, Jessie says she’s intentional about flirting with Eric, 30.

“Besides being super attracted to each other, I think there’s a sense of flirting with each other and still keeping that spice alive,” she shares. “I think women sometimes stop flirting with their husbands and you can’t. Men want to want feel good — they want to feel like their women love them. When they come home from work, don’t start nagging them with questions. Go up to them and give them a big kiss and ask them how their day was.”

She continues: “Little things like that go such a long way and I think sometimes women forget that. But also, I know he appreciates a nice physique, so I try to work out for him because I know that fitness is important to him, obviously in his field. And he will shave his beard once and a while for me, so we try to work on that.”

On Wednesday, the third season of the couple’s E! reality show, Eric & Jessie will premiere. In a PEOPLE exclusive sneak peek at the first episode, the duo talks about the importance of date night and spending one-to-one time with each other.

“Date night is so important for us. We love having that one-on-one time,” Jessie says in the clip.

“Alone time — meet time. I want you by myself,” adds Eric.

While out to dinner, Eric asks Jessie, “Will you not go to work and stay at home with me forever?”

“Sometimes I get the vibe you don’t want me to have a job,” she says. “Babe, do you not want me to bring home the bacon?”

“That was attractive,” he tells her. “I’m saying I enjoy when you’re home. … come home to you at home, I enjoy that.”

With the upcoming third season, Jessie hopes that audiences will see just how “normal” the Decker family is. 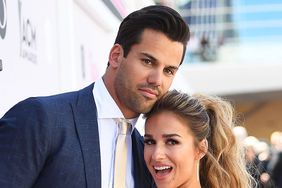 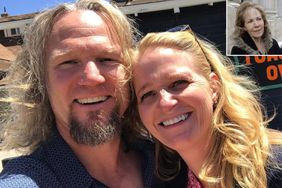 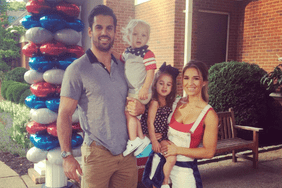