After more than a decade at Grey Sloan Memorial Hospital, Dr. Jackson Avery is saying goodbye.

Jesse Williams, who plays Jackson on Grey's Anatomy, will appear in his final episode, titled "Tradition," on May 20, ABC announced Thursday.

"I will forever be grateful for the boundless opportunities provided me by Shonda, the network, studio, fellow cast mates, our incredible crew, Krista, Ellen and Debbie," Williams, 39, said in a statement obtained by PEOPLE Thursday, referring to creator Shonda Rhimes, showrunner Krista Vernoff, and co-stars Ellen Pompeo and Debbie Allen.

"As an actor, director and person, I have been obscenely lucky to learn so much from so many and I thank our beautiful fans, who breathe so much energy and appreciation into our shared worlds," continued Williams, who has played the plastic surgeon since season 6.

"The experience and endurance born of creating nearly 300 hours of leading global television is a gift I'll carry always. I am immensely proud of our work, our impact and to be moving forward with so many tools, opportunities, allies and dear friends."

Vernoff praised Williams' work in a statement of her own, calling the actor "an extraordinary artist and activist."

"Watching his evolution these past 11 years both on screen and off has been a true gift," said Vernoff, who became showrunner in 2007. "Jesse brings so much heart, such depth of care, and so much intelligence to his work. We will miss Jesse terribly and we will miss Jackson Avery — played to perfection for so many years."

News of Williams' impending exit comes on the same day as the anticipated return of Sarah Drew, who played Jackson's romantic interest, Dr. April Kepner, before her own departure at the end of season 14.

Season 17 of Grey's Anatomy has largely centered on the COVID-19 crisis — and with Meredith Grey (Pompeo) sick with the virus. Several former characters, including Derek Shepherd (Patrick Dempsey), George O'Malley (T.R. Knight) and Lexie Grey (Chyler Leigh), have all made cameos in Meredith's dreams.

The return of these fan-favorites has had many fans speculating about the future of the long-running series; ABC has yet to make an announcement regarding whether or not there will be a season 18.

Williams, for his part, told PEOPLE in February that he doesn't think the series will necessarily be ending anytime soon.

"Obviously," he said of the medical drama, "people are riveted." Williams added: "If it was easy to keep a show going on this long, this many hours, this many episodes a season, this many seasons, everybody would do it." 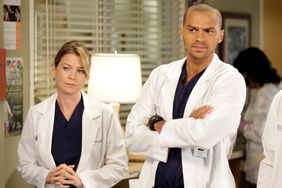 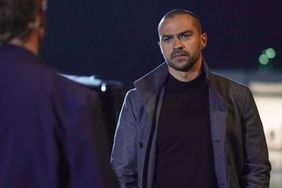 'Grey's Anatomy' Stars Say Goodbye to Jesse Williams After His Final Episode: 'End of an Era' 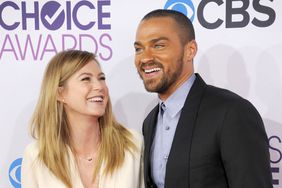