The 19 Kids and Counting stars "don't want people to think they're living their lives cloaked in shame," a source tells PEOPLE

When it was revealed that Josh Duggar had been investigated in 2006 for molesting five underage girls – including four of his sisters – it was a shock to see two of his victims come forward and defend their brother on national television.

However, Jill Dillard and Jessa Seewald felt “shame, sorrow and anger” when the family’s long-held secrets were exposed, and they felt compelled to tell their side of the story on Fox News’ The Kelly File on Friday, a source close to the situation tells PEOPLE.

Another source close to the family tells PEOPLE that the release of the report – and the subsequent media attention – has caused them “unnecessary pain. They feel that their privacy has been violated.”

It was clear by their interview that they were most upset about the police reports being unearthed: “I called my husband, and I was in tears. I couldn’t believe what was going on,” Jill, 24, told Megyn Kelly, pausing to break down into tears. “When I heard the police report had been released, I said, ‘What right do they have to do this? We’re victims. They can’t do this to us.’ ”

Jessa, 22, added that the exposure was a “re-victimization,” as each of the sisters insisted that they had long ago forgiven their brother.

The expectant mother went on to explain away Josh’s actions to Kelly as those of “a young boy in puberty [who was] a little too curious about girls. The extent of it was mild – inappropriate touching on fully clothed victims, most of it while [the girls] were sleeping.”

Indeed, “In their minds, they suffered very little from what Josh did and are in much more pain now because of the report being published,” says the source close to the situation.

However, what Josh’s victims experienced was “not like falling and scraping your knee where it bleeds, it scabs, it heals over,” says Gail Wyatt, Ph.D., director of the University of California, Los Angeles, Sexual Health program. “It’s not a normal childhood experience in that sense, that you can blow it off and assume there won’t be repercussions because of it. That Josh apologized is important but does not suggest everything is okay.”

RELATED VIDEO: How Jill and Jessa Duggar Are Really Coping

As the future of 19 Kids and Counting remains unclear – the network has pulled reruns from the air and from online but has yet to make a decision about a possible cancellation – Jill and Jessa “do want to be able to return to a life in public,” says the source close to the situation, adding that they identified themselves “to avoid endless games of, ‘Which ones did Josh hurt?’ ”

For now, “If they are never on TV again, they’d be fine with it. They are content to keep lying low, but they don’t want people to think they’re living their lives cloaked in shame. They hope to regain some semblance of normalcy.”

For more on how Jill and Jessa are coping after coming forward as victims of childhood molestation, pick up this week’s issue of PEOPLE, on newsstands Friday 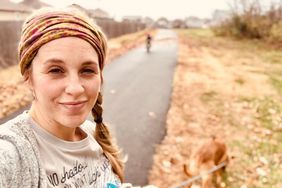 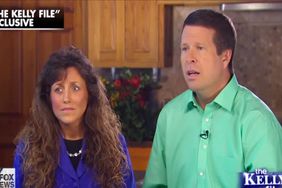