Jessa Duggar Shares Adorable New Photos of Newborn Daughter Ivy Jane: 'We Are Over the Moon'

"We are over the moon," Jessa (Duggar) Seewald said about her newborn baby girl

Jessa (Duggar) Seewald is “over the moon” about being a mother of three.

Alongside a series of snapshots shared to Instagram, Jessa wrote, “We are over the moon. 💞#BabySeewald3 Ivy Jane Seewald.”

In the first image, Jessa and her husband Ben Seewald adoringly stare at little Ivy, who wears a green onesie and a grey bow headband while wrapped in a white blanket.

Jessa also posted three photos of Ivy, including one with her eyes open and two of the infant sound asleep.

In a statement on their family website on Tuesday, Jessa, 26, and Ben, 24, announced the arrival of their baby girl, who was born Sunday, May 26 at the couple’s Arkansas home. Ivy weighed 7 pounds and 14 ounces and measured in at 20.5 inches long.

“Ivy Jane Seewald was welcomed into the world Sunday, May 26th. We were getting ready for church when my water broke, and we were thinking ‘Well, I guess we have a change of plans! After three and a half hours of labor, Ivy was born at 5:57pm. Her due date was June 5th, and since both of our boys went five days past their due date, we thought we would go late again. We were so surprised when she came two weeks earlier than her brothers,” the couple wrote in a joint statement.

“We definitely weren’t expecting that! Ivy was born at home weighing 7lbs 14oz and 20 1/2 inches long,” the statement continued. “She feels so tiny compared to her siblings! Spurgeon was born at nearly 10lbs, and Henry close to 9lbs. We’re so grateful to God for this precious gift. She is already so loved. Her big brothers adore her!”

The reality star additionally shared a sleeping photo of her little girl to Instagram, which she captioned, “Introducing ❤️Ivy Jane Seewald❤️.”

“Welcome to the world little Ivy Jane Seewald! 💞” Jana, 29, captioned the Instagram snap of Ivy. “So excited for you Jess and Ben…. your first little girl! 🎀” 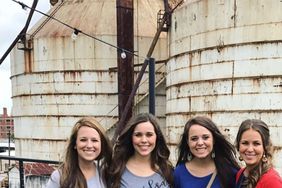 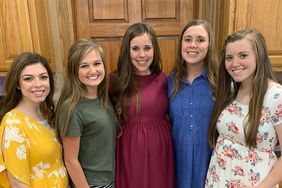 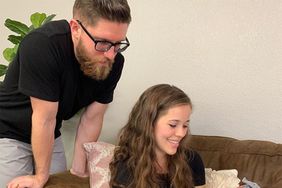 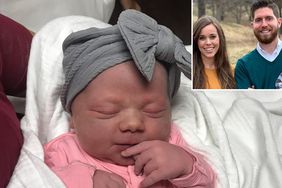