Jessa (Duggar) Seewald is counting down to baby in style.

The expectant 22-year-old reality star was just fêted by dozens of family and friends during a big blowout baby shower that was filmed for her and sister Jill‘s upcoming TLC special Jill & Jessa: Counting On.

“It was really fun,” a source close to the family tells PEOPLE. The event, attended by the large Duggar clan, was co-ed, allowing for Jessa’s husband Ben and father Jim Bob Duggar to get in on all of the fun. “There were guys there, anyone could go,” says the source. “It was good. There was a lot of everybody.”

With less than two weeks until her Nov. 1 due date, Jessa and Ben, 19, haven’t revealed their baby’s sex yet, but they’re more than ready for the arrival. “She’s looking the part,” says the source of Jessa’s growing baby bump that’s been on display lately.

Still, says the source, she’s carrying it well. “She’s adorable. She didn’t gain any weight in her face at all. She’s absolutely flawless!”

As for who’ll deliver the newest family member, the source says the Duggars are “really into midwifery,” and Jessa’s own sister Jill, who recently became a certified midwife, could possibly have the exciting task.

In all, it’s a welcomed happy time in the Duggar family story. “I think despite everything [Jessa]’s just focused on the future,” says the source. “She’s just really excited.” 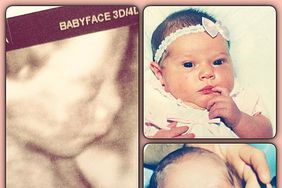 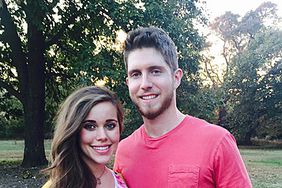