It’s just been weeks since Jessa Duggar accepted Ben Seewald’s marriage proposal – and started holding hands! – but the couple tell PEOPLE they are ready to wed.

“We have most of our planning done,” Seewald, 19, tells PEOPLE. “When you’re planning a wedding, you can make it complicated or make it simple, and we are trying to make ours simple. There are some things that have to be done right before the wedding, but for the most part, we’re ready.”

The stars of TLC’s hit reality show 19 Kids & Counting, which airs Tuesdays at 9 p.m., will walk down the aisle on Nov. 1 – less than two months from now.

“We have the bridal party picked and the colors are done,” says Jessa, 21. “The bridesmaids dresses are selected.”

And has the bride managed to find something for herself to wear?

“I picked out my wedding dress a couple of days ago,” she says. “I went with the second dress I tried on – I love it.”

Jessa, the third daughter of 19 children born to Jim Bob, 49, and Michelle Duggar, 47, has shared her courtship journey to Seewald, who is the oldest of 7 children.

The couple, who got engaged Aug. 14, have been open about their Christian beliefs, their thoughts on relationships and their own desire to have a big family. (Jessa’s older sister, Jill, and her husband Derick recently revealed her pregnancy. The two were married June 21.)

At the beginning of this season’s 19 Kids & Counting, it was revealed Seewald had moved in to the Duggar home – making wedding planning a whole lot easier.

“When he is doing his studies at night, I sit at my laptop beside him, planning the wedding,” Jessa says. Ben is currently a sophomore in college, majoring in political science.

The couple are also spending time working out together.

“We do a lot of weight lifting and cardio together, trying to stay fit,” Seewald says. “Some of the other kids, like Joy and Jason, sometimes join in. We have a little workout club going.”

Date nights – like the one in this clip of the show’s Tuesday episode – are also a lot easier now that they’re both in the same place. Jessa and Seewald, who waited to hold hands until their engagement and are saving their first kiss for their wedding day, take chaperones along with them so they are not alone. Usually, their chaperone is one of Jessa’s many siblings.

“We don’t have trouble finding chaperones,” says Jessa. “If we’re going out to a restaurant, we make sure they get a special dessert and have a fun time, too. We take good care of them.” 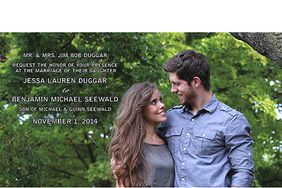 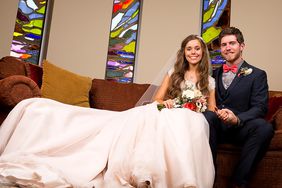 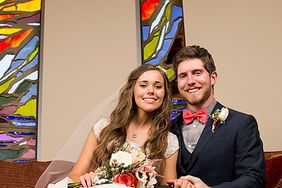 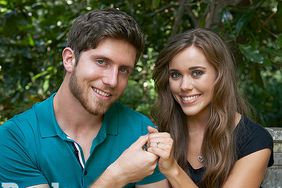 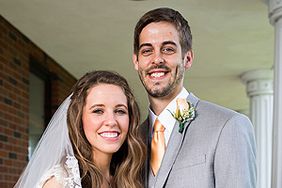 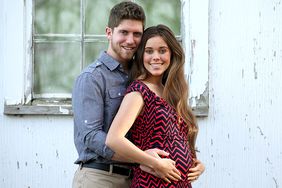