The Jersey Shore cast is like family — and with family, sometimes it’s all about tough love.

On Thursday’s episode of Jersey Shore Family Vacation, one of the roomies finally confronted Ronnie Ortiz-Magro over his shaky relationship with Jen Harley. (In case you’re not caught up, at this point, Ronnie, 32, has admitted to having “crossed the line” by locking himself in the bathroom with “French Fry,” a woman he brought home from the club in Miami — just days before Jen was supposed to come visit. The season was filmed earlier this year; Ronnie and Jen aren’t currently an item but are focused on co-parenting their 1-month-old daughter Ariana Sky.)

The big confrontation, however, only took place after Jen came to visit for a couple of days. While he was nervous that someone might rat him out while she was there, Jen’s trip to Miami actually went surprisingly smoothly.

“It definitely feels different having Jen here as my girlfriend because everyone is used to me being with Sammi [“Sweetheart” Giancola],” said Ronnie. “It’s definitely a weirder dynamic, but I’m happy about it and I like it. It feels good.”

That said, there were definitely some awkward moments — like when Jen asked the girls in the house whether Ronnie had been behaving himself, or when Jen confronted Ronnie about what actually went down with the group of girls they brought home from the club. But despite her prodding, Ronnie never ended up telling her the full truth, insisting to his roommates that he would come clean when he got home. Of course, that put the rest of them in a pretty uncomfortable position.

“I’m a little annoyed that I actually really like Jen,” said Jenni “JWoww” Farley, 32. “And Ron is doing the same thing that he did with Sam. It blows my mind that we’re still going through the same s—. If I didn’t get punched in the face like, eight years ago, I probably would write another note right now.”

RELATED VIDEO: ‘Jersey Shore’s’ Ronnie Opens Up About Cheating on Sammi — and Her Decision to Skip the Reboot

Ronnie explained that if he were to tell Jen about what actually happened, it would cause a massive scene.

On the day of Jen’s departure, Ronnie said their goodbye felt “bittersweet.”

“But honestly, my roommates were great while Jen was here,” he added. “They did the right thing. They didn’t rat on me, and I’m very grateful. I know how hard it was for them to be respectful and not be catty bitches, and that was good to see. I appreciate it.”

But once Jen was gone, Jenni decided it was time to confront Ronnie. And boy, did she have a bone to pick with him — starting with the fact that he was all over the place when it came to how he felt about his girlfriend.

But the next minute, Ronnie would be talking about their future together.

Jenni’s argument? She just wanted Ronnie to “be honest, upfront and respectful” towards Jen — especially because, in her opinion, he was “making her look like a fool by not telling her sooner.”

“I’m a little disappointed in Ron for not telling Jen,” she said. “Like, just come clean. I feel like he’s trying to just brush s— under the rug. Cut the s—, be a man and tell her what you did. Sometimes, tough love is needed and you have to yell at him. So I’m going to do that.”

Finally, she let him have it while the roommates were hanging out at the house.

“It’s hard being with someone for seven months straight, every f—ing day and living that routine, and then being pulled here,” Ronnie told them. “But actually, her being her made me realize I love her because she’s so much fun.”

“If you love her, then why won’t you just be with her?” Jenni fired back.

“Why would I be with somebody when I have so much temptation?” he responded.

“You can be Ron, the good guy with a really good girl, and you can put her on a pedestal in this house and outside this house,” Jenni said. “Basically, what I’m getting from you is she’s not the one, but she’s the one right now because she has your kid.”

Ronnie admitted he had no idea who “the one is.”

“I’m having a kid with somebody that I barely know,” he said. “So I can’t say who the one is.”

Jenni then came after him for the way he was speaking about his girlfriend behind her back, pointing out how embarrassing it was going to be for Jen to watch the season unfold.

“I have a daughter,” Jenni continued. “She’s 3 years old. And I will make sure every f—ing guy in her life puts her so f—ing above that no man is worth her time. And that’s going to be you, in three months, when your f—ing daughter is here and you will not want what you are in her life. So become the man that your daughter aspires to have.” 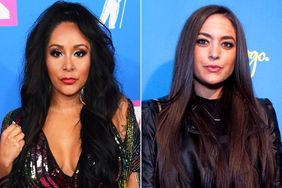 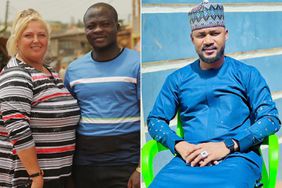 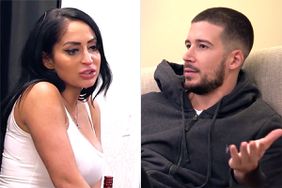 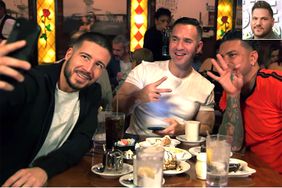 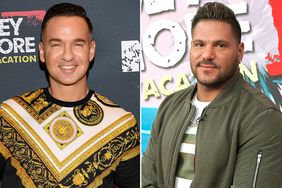 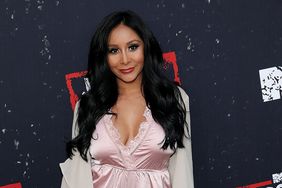 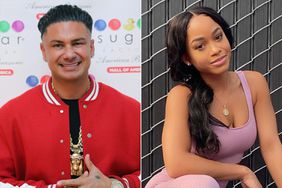 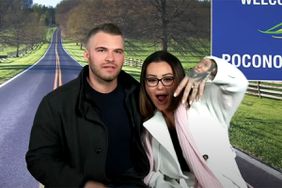