The cast of Jersey Shore are sending their love and support to their costar Jenni “JWoww” Farley after she accused her estranged husband Roger Mathews of physical and emotional abuse.

On Wednesday, Farley released a lengthy statement addressed to Mathews regarding their impending divorce. She also shared a video that allegedly shows her ex attacking her. (A rep for Mathews declined to comment on the allegations.)

After reading the message, Farley’s best friend Nicole “Snooki” Polizzi quickly took to the comments section of the post to show her support.

“Here for you ALWAYS & FOREVER my love,” she wrote, adding two heart emojis.

Deena Cortese expressed a similar sentiment in her comment to her “sister,” complimenting Farley for being an “amazing mother.”

And while Mike “The Situation” Sorrentino is currently behind bars serving jail time for tax evasion, his wife Lauren Pesce made sure to send Farley some love.

“Love you Jenni,” she wrote after a heart and praying hands emoji.

Even Angelina Pivarnick, who famously feuded with Farley on the hit reality show, posted a heart emoji.

In the clip, shared to Farley’s website, a man, who appears to be Mathews, can be seen shoving a woman, presumably Farley, to the ground in the kitchen of a home.

The two then exchanged a number of harsh words before going their separate ways.

Farley, 32, also included clips that show herself and Mathews, 43, arguing in front of their 2-year-old son Greyson Valor. She also attached screen grabs of text messages between a nanny and herself regarding Mathews.

In her statement, Farley said she could “no longer sit idly by while you mistreat and malign me in such an egregious manner.”

“I have spent the last few months trying to protect our children from public humiliation, because as parents, WE ARE SUPPOSED TO PROTECT THEM,” Farley began in reference to the former couple’s two children: son Greyson and daughter Meilani Alexandra, 4.

“I wanted to handle this out of the spotlight because our silence is their greater good. Even when you tried to disgrace my name, make false accusations and even point-blank lie… I still remained silent as challenging as it was… why? Because, greater good.”

The Jersey Shore star, who married Mathews in 2015 and filed for divorce in September 2018, alleged that what Mathews presents on social media is a lie.

“You have presented yourself to the public as a praiseworthy father and a husband who has been suffering by my alleged actions and behavior,” Farley wrote. “Your postings are consumed with inaccuracies, false statements, self-serving comments, outright misrepresentations and blatant lies.”

Farley then referenced an alleged incident in which Mathews allegedly gave Greyson, who is highly allergic to gluten and dairy, pizza.

“When I asked you about the food situation, you chose to berate me instead of acknowledging that Greyson’s health is of paramount concern,” Farley wrote.

“You hurt the children and you hurt me,” Farley continued. “When will it end?”

The reality star also accused Mathews of having a video of her that he intended to use as blackmail against her after Farley filed for a restraining order against him in December.

Mathews said in December that he called the police himself and after they left, he went out to record a podcast with a friend. He said he then returned home and went to sleep without interacting with Farley. He alleged that he was woken up by police at 2 a.m. and removed from his home after being informed that Farley had contacted the judge and filed a restraining order against him.

Farley responded at the time via a statement from her rep posted on Instagram:

“She is proud to be a hardworking parent who provides for her children,” the statement continues. “While we have chosen not to comment further, we will note that a judge immediately ruled in Jenni’s favor and issued a temporary order of protection last night. Please respect Jenni’s decision for privacy in an effort to protect herself and her children during this time.”

RELATED VIDEO: Jenni Farley’s Ex-Boyfriend Charged with Extortion After Allegedly Threatening to Sell Stories About Her

Despite the alleged incidents, Farley says she did her best to put on a brave face for their children and to let them know that she and Mathews are a unit.

“I clearly thought of us co-parenting well into the future as responsible parents should,” Farley wrote in her statement on Wednesday.

Farley concluded with a message to victims of domestic violence.

“So many of you may be understandably afraid to come forward, and have been stuck in abusive relationships for far too long just as I have been. If anyone is feeling down, broken, hurt or lost, please know that it is not your fault.” 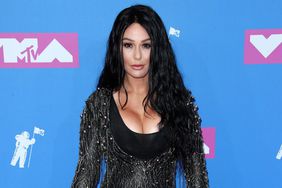 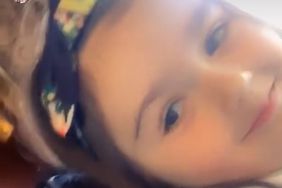 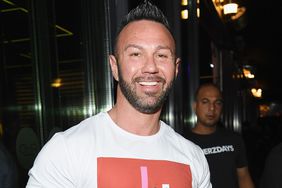 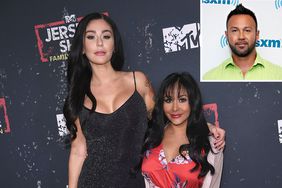