"I'm not going to try and beat that — I can't beat that," the actor/comedian said of Seinfeld, which aired on NBC in the '90s

If you've ever wondered why Jerry Seinfeld never appeared in another series after Seinfeld, allow him to explain.

"I don't like seeing old people on TV. I don't want to inflict myself on people in a deteriorated state," Seinfeld, 66, said with a laugh on Wednesday's episode of SiriusXM's The Howard Stern Show, where he talked about his new standup special, 23 Hours to Kill.

After Howard Stern, 66, predicted that the Netflix special would be Seinfeld's last as he never wants to appear less than perfect, the comedian acknowledged, "I think you got me there."

"I am a perfectionist that way," he said. "That's why I obviously never did another TV series. I'm not going to try and beat that. I can't beat that."

"I already have the material to do another special," he added. "But I always like to give a little less than you really want. A little less."

According to the actor, when it came to Seinfeld, "We could've done one, two, three more years. The reason people still love that show is we didn't wear it out."

When Stern asked for his guest's thoughts on the coronavirus pandemic, Seinfeld joked, "I don't care about the world."

Seinfeld, which was created by Seinfeld and comedian Larry David, aired for nine seasons on NBC from 1989 to 1998. The show followed Seinfeld's character (played by Seinfeld) and his friends in New York City.

The series won several awards, including an Emmy for outstanding comedy series in 1993 and a Golden Globe Award for best TV series in 1994.

Earlier this month, Julia Louis-Dreyfus and Jason Alexander teamed up for a mini Seinfeld reunion to raise money for frontline medical workers amid the pandemic in partnership with Direct Relief.

"I can't stand it, I'm so happy to see you!" Louis-Dreyfus, who played Elaine Benes, told Alexander, who starred as George Costanza.

In addition to reminiscing about the "tiny" sets and working with David, Louis-Dreyfus and Alexander also recalled their nearly decade-long run with costars Seinfeld and Michael Richards, as well as his TV mom Estelle Harris and her onscreen dad Lawrence Tierney.

In response to a fan who asked her about being the only woman in the cast, Louis-Dreyfus said, "It was a little strange for me, but I liked it. We were a small group, it had a specialness to it. It was a tad lonely at times, to a certain extent."

And speaking about being able to financially support his family during the coronavirus pandemic, Alexander said: "Like you, my family is disproportionately blessed, thanks to God and Jerry Seinfeld." 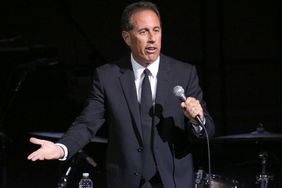 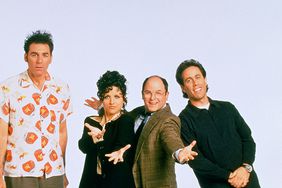 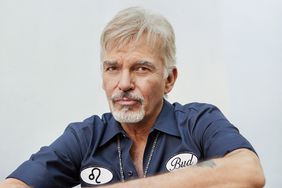 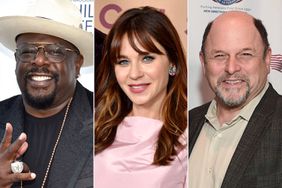 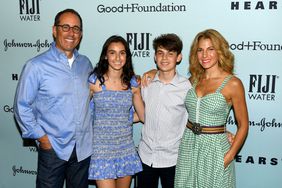 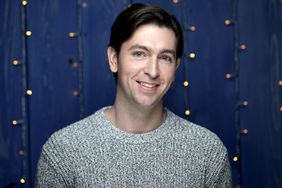 'Succession' 's Nicholas Braun Says He's 'Incapable' of a 'Long-Term Relationship': I 'Yearn For It' 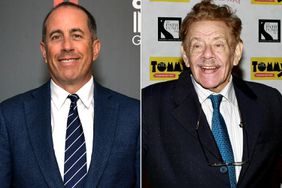