"We love you, then, now and forever. Having Stage 10 dedicated to him would be the ultimate posthumous honor," reads the petition

Jeopardy! fans are petitioning to get the show's iconic stage dedicated to its late longtime host Alex Trebek.

Trebek, who hosted the popular game show for more than three decades, died in November at the age of 80 following a battle with stage 4 pancreatic cancer.

"He inspired millions of his fans ever since he started hosting the syndicated version of 'Jeopardy!' in 1984," the description on the Change.org petition reads.

"He was seen by millions of fans over 37 years and his legacy will live on forever. Godspeed, Alex Trebek. We love you, then, now and forever. Having Stage 10 dedicated to him would be the ultimate posthumous honor," the petition concludes.

A rep for Jeopardy!/Sony did not immediately respond to PEOPLE's request for comment.

RELATED VIDEO: Wheel of Fortune Host Pat Sajak Says 'No One Was Better' Than the Late Alex Trebek

Ken Jennings Knows Jeopardy! Viewers Will Have a Hard Time Not Seeing Alex Trebek at the Podium

Trebek's final episode as the Jeopardy! host, which he filmed in October, aired last week. Ken Jennings, a consulting producer and one of the show's "Greatest of All Time," took over as the first guest host on Jan. 11.

During each guest host's week on the show, a donation will be made to a charity of their choice equal to the amount of the contestants' cumulative winnings that week, Richards announced earlier this week.

"Alex was a legend, revered by all of us," he said in a statement. "I want to thank our guest hosts, who will not only help all of us celebrate his great legacy, but also bring their own touch to the show." 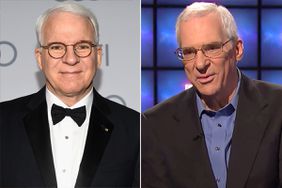