Jennifer Garner starred as CIA agent Sydney Bristow in the series, which ran from 2001 to 2006 on ABC

Jennifer Garner has joined TikTok for a very special anniversary.

Earlier this week, the 49-year-old actress reunited with her Alias costars to celebrate 20 years since the show first aired. The popular spy series ran for five seasons on ABC from 2001 to 2006.

On Thursday, she posted a TikTok of her alternating between photos of her costars from when they were on the show and clips of them reuniting in person. Michael Vartan, Merrin Dungey, Kevin Weisman, Gina Torres, Mia Maestro and Victor Garber can all be spotted in the sweet video.

"We're here, we're older, but we still got it," Garner wrote in the caption, adding the hashtags #FirstTikTok and #Alias20.

The 13 Going on 30 star also shared the video to Instagram, where she wrote a lengthier caption reflecting on Alias and praising creator J.J. Abrams.

Jennifer Garner Says She Would Be Game for an Alias Reboot: 'Sign Me Up'

"Twenty years ago this week, tonight in fact, #Alias aired for the first time on @abcnetwork. If you're an idea born of @jjabramsofficial's brain — you're a big one; JJ's ambitious imagination pushed every department on the crew of Alias through and past the norm, it was so much FUN," Garner began.

"Since the end of the show, April of 2005, running into a cast or crew member from Alias has always led to this question — When will you get everyone back together for a reunion?" she continued. "The 20th anniversary seemed like as good an excuse as any, so the call went out — reunion party is happening, pass it on!"

"We missed everyone who was working and couldn't make it in," Garner wrote. "We missed you, Jabrams, (because I screwed up and made this happen on a night you were busy). But man, it felt so good to be together again. ♥️🥷🏻👩🏻‍🎤."

She then made a reference to her TikTok debut, concluding, "The 20th anniversary also seemed like as good an excuse as any to join TikTok. No dot in the middle over there, but the same nonsense — jennifergarner on TikTok — I am more embarrassed for myself than you could possibly be for me, so just please — avert your gaze. 🙈👵🏼."

On Alias, Garner played Sydney Bristow, a double agent for the CIA who balanced going on stealth missions with maintaining her identity a secret from her friends and family.

In March, she told The Hollywood Reporter that she'd be game for a potential reboot of the series.

"Sign me up," she told the outlet. Garner also teased that she'd "grab Bradley by the scruff of his neck," referencing costar Bradley Cooper, who did not appear in any of the reunion pictures. 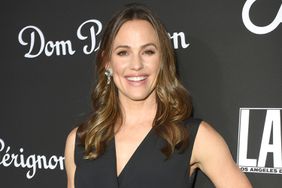 Jennifer Garner Says She Would Be Game for an 'Alias' Reboot: 'Sign Me Up' 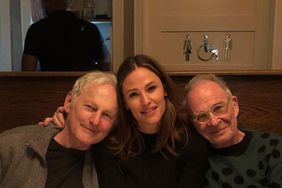 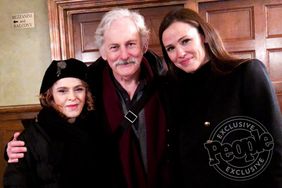 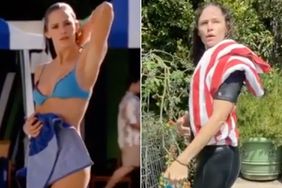 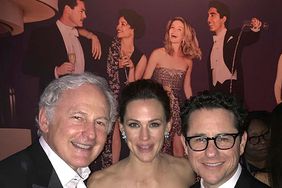 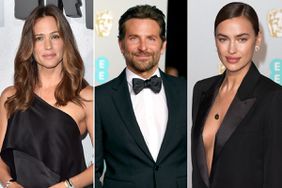 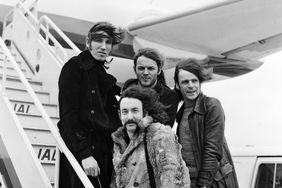