One day after PEOPLE confirmed the Jersey Shore star is dating 24-year-old wrestler Zack Clayton Carpinello, the couple jetted off for a romantic getaway together.

Farley shared several photos and videos of herself heading to Universal’s Harry Potter world in Florida with Carpinello on Saturday. In one selfie, Farley smiles as the camera while a sunglass-wearing Carpinello keeps his eyes on the road.

But as they started to hit traffic, Carpinello and Farley took the opportunity to cuddle while jamming out to some music.

“Stuck in traffic trying to get to Harry Potter World,” Farley wrote on a video of herself getting a kiss on the forehead from her new boyfriend.

While Farley seems open about sharing her budding relationship on social media, she spent months teasing the new romance without revealing Carpinello’s identity.

Last week, she posted a video of herself riding in a car with her new man, showing only his arm.

“Face hurts from smiling,” she captioned the video.

At the time, Farley’s rep confirmed to PEOPLE that the MTV star had “moved on.”

On Wednesday, she posted an intimate photo of her and her boyfriend in bed, though she didn’t reveal his face.

The steamy pic came after Farley publicly confirmed the relationship — but didn’t identify Carpinello by name. During a live appearance Wednesday on Nicole “Snooki” Polizzi and Joey Camasta’s podcast, It’s Happening with Snooki & Joey, Farley, 34, said she was dating a 24-year-old man.

When asked his name, Farley responded “24,” according to The Asbury Park Press. “We’re filming Jersey Shore right now and we nicknamed him ’24.’ “

Since then, the estranged couple has reunited to spend time with their daughter Meilani, 4, and son Greyson, 2, on Easter. 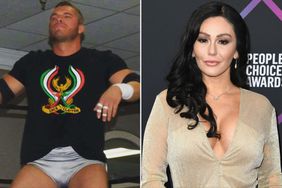 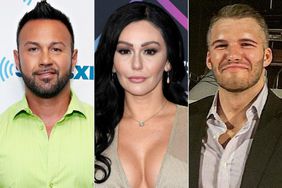 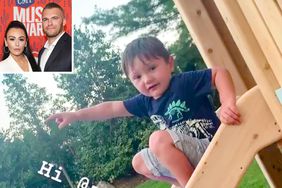 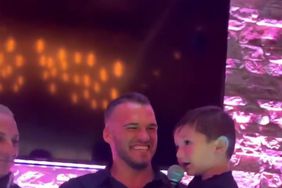 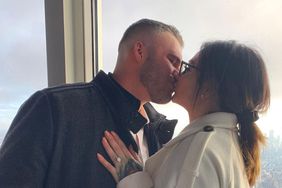