Jenna Johnson Tries on Reception Gowns on 'Say Yes to the Dress' : I Want to 'Feel Fun and Girly'

Jenna Johnson knows what she likes — and dislikes.

In a sneak peek from Saturday’s premiere of Say Yes to the Dress, the Dancing with the Stars pro, 25, searches for the perfect reception dress for her wedding to now-husband Val Chmerkovskiy.

In the clip, Johnson tries on a long-sleeve gown with floral embroidery.

“I like this dress because of the sleeves and I’m actually interested in the tone of the dress,” she says. “It’s actually a little bit darker than usual than a usual white wedding dress.”

But when Johnson steps out to show her family — she brought along her mom Tammy, close family friend Stacy, mother-in-law Larissa and sister-in-law Peta Murgatroyd — she admits she’s not completely sold on the gown.

“I feel beautiful in this one,” she says. “I don’t feel as like, wow moment as the first one, but I do love how elegant and beautiful this is.”

And her family also have a few concerns of their own.

“I like the other one better,” her mom says.

“Call me crazy, but I think it ages you,” Murgatroyd adds.

Ultimately, Johnson decides it’s not the dress for her.

Of course, fans know Johnson eventually did say “yes” to a dress!

She previously opened up about the experience to PEOPLE, saying she wanted a “timeless and classic” dress for the party portion of her nuptials.

She added, “I am so blessed to be able to have gorgeous dresses made for me every week on DWTS. So I also wanted to be certain that I didn’t get anything that felt like a costume or ballroom dress.”

“Ironically enough, the first dress I tried on was the one. I had picked it out while looking around and I just knew it was unique and something I would love to wear,” she said.

And Johnson wore the dress during her April wedding to Chmerkovskiy. The two tied the knot in a romantic ceremony overlooking the ocean at the Terranea Resort in Rancho Palo Verdes, California. 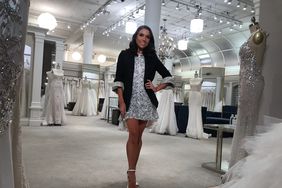 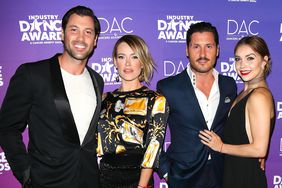 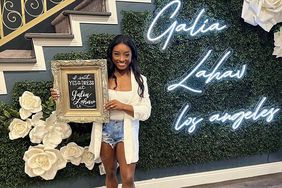