The Teen Mom 2 star opens up about finding love after numerous failed relationships in her new memoir, Read Between the Lines: From the Diary of a Teenage Mom

Jenelle Evans believe she’s found her forever love in fiancé David Eason — but the road to discovering happily ever after wasn’t without heartbreak or loss.

In her new memoir, Read Between the Lines: From the Diary of a Teenage Mom, Evans opens up about her past relationships and how her approach to her romance with Eason was drastically different than the rest.

“I didn’t want to jump right into a man’s arms or into his bed,” writes the Teen Mom 2 star, who shares 6-month-old daughter Ensley with Eason. “I wanted to take this one slow. If it was worth my time, I would know.”

The couple found out they were expecting Evans’ first daughter in 2016, and she couldn’t help being hesitant after all the tumult of her love life, writing, “I was both worried and excited. I loved David so much, but I had also been down this road before. When I told him, he was ecstatic. He had a daughter and was glad to be a father again.”

RELATED VIDEO: Jenelle Evans Reveals Past Heroin Addiction — ‘I Was Shooting Up Four or Five Times a Day’

But prior to making a home with Eason, Evans was involved in numerous failed relationships, much of which was captured by cameras.

She conceived first son Jace, now 7, with ex Andrew Lewis. Then 22, he was six years older than her when they met and she calls finding out about her pregnancy “the most frightening moment of my life. Even with another life growing inside of me, I had never felt so alone.” After giving birth to her oldest child, Evans raised him alone.

When Evans was about 19, she left her home in North Carolina for New Jersey with her then-boyfriend Kieffer Delp. Evans admits to blacking out on heroin and marijuana during her time with Delp.

At one point during her romance with Delp — which was largely criticized by her mother, Barbara Evans — he was arrested after she pressed charges against him.

“I don’t know what it is with us,” Delp told her after being released from jail, which was captured on an episode of Teen Mom 2. “One second we’re like, ‘I love you so much’ and the next second we can just both be like, ‘F— you.’ ”

Evans’ memoir chronicles harrowing incidents of alleged physical abuse during her relationship with former fiancé to Marine Gary Head. (Head did not respond to PEOPLE’s request for comment.)

Then, by the age of 20, Evans was married to Courtland Rogers. She calls herself at that age a “junkie” in the book and claims she learned she was pregnant with his baby but decided to have an abortion.

“I know people judge me harshly for my choice,” Evans wrote in her book. “If you are hoping for a long, detailed description of what I was going through at the time of my decision, I hate to disappoint you. I have talked about it enough. I did what was best for my body at that time, and I have moved on from it.”

Her divorce from Rogers was finalized prior to the birth of son Kaiser, now 2, with her next, now ex-fiancé Nathan Griffith, and she said on Teen Mom 2: “I’m excited that we got this done before my baby’s born and I’m just happy that my last name’s Evans again and not Rogers.”

Evans met Kaiser’s dad on Tinder in 2013. She and Griffith welcomed their son on June 29, 2014. But the former couple’s romance was short-lived and their relationship soon turned toxic.

“If you did what you did to me and if we didn’t have a child, I wouldn’t be back with you right now,” Evans told Griffith at one point on the show.

“I really do want to work things out,” he said to her. “But on top of that, every single day we argue. Waking up screaming and yelling; going to sleep screaming and yelling. I don’t want to live life like that where I have to cope with certain stress factors that can be avoided. … We fight nonstop.”

Evans’ fiancé was instantly “so different from the other men I had been with,” Evans, 25, writes in her memoir. “I finally snagged a good man.”

The couple announced their engagement in February and revealed their Sept. 23 wedding date this past July with a romantic Instagram photo captioned: “I’m ready to make my life forever with you.”

Read Between the Lines: From the Diary of a Teenage Mom is out now, and Teen Mom 2 airs Mondays (9 p.m. ET) on MTV. 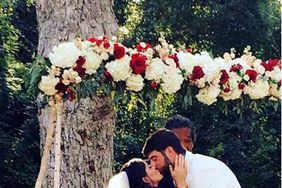 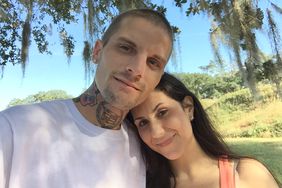 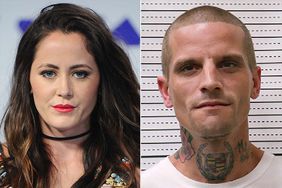 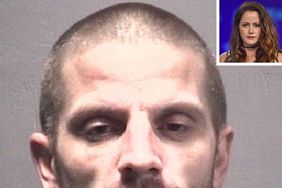 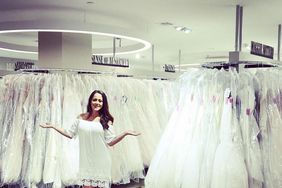 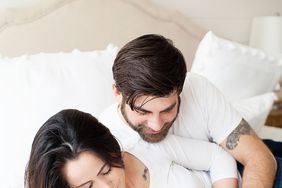 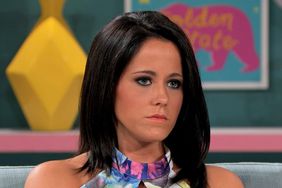 Why Jenelle Evans' Mother Sent 9-Year-Old Son to a Group Home: 'I Would Have Done the Same,' Says 'Teen Mom' Star 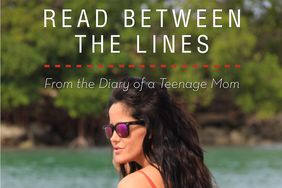 Jenelle Evans Opens Up About Estranged Relationship with Her Father in Upcoming Memoir: 'I Was Daddy's Little Girl'