'The Hills' ' Jason Wahler: 'Lauren Conrad Had Nothing to Do with My Alcoholism or Addiction'

Jason Wahler has an encouraging message for those who struggle with addiction: “recovery is possible.”

A former addict, the Laguna Beach and Hills alum previously struggled with substance abuse but is now over seven years sober and is dedicating his life to raising awareness about addiction.

On Thursday, the Sober Movement Instagram account shared a photo collage of 30-year-old Wahler, which featured before and after images of the reality star, including a shot of him standing on an MTV red carpet with ex-girlfriend Lauren Conrad (their relationship was documented on both Laguna Beach and The Hills).

“Here is @jasonwahler, star of MTV’s Laguna Beach and The Hills, with over 7 years and 3 months clean and sober! He now dedicates his life to raising awareness towards addiction. We are all in this together!” Sober Movement captioned the image.

After Sober Movement posted the initial photo, Wahler took to his own Instagram page on Thursday to clarify that Conrad, 31, “had nothing to do with my alcoholism or addiction” and apologized to anyone who may have been offended by the post.

“I can now see how some of you are viewing this photo…. I apologize if I offended anyone one. Lauren, had nothing to do with my alcoholism or addiction !! However my addiction became very public during my time on The Hills, hence the reason for the photo in the top left,” Wahler captioned a screenshot of the initial post. “Again, I am sorry if I offended anyone, I just want to show RECOVERY is possible. @soberisexy @sobermovement #recoveryispossible #mymessismymessage.”

On Friday morning, he posted a revised, follow-up image that did not include Conrad: “Since a few people took offense to the last post maybe this is more appropriate… 🙂 @soberisexy @soberisexy @sobergirlsrule.”

The married father of one previously told Entertainment Tonight that the fame that came from his time on Laguna Beach “ignited my addiction and things started to domino effect right before our own eyes, and before you knew it, it got out of control and I couldn’t handle it.”

After opting out of college in favor of continuing on with Conrad in The Hills, Wahler became dependent on alcohol and cocaine.

In hindsight, he admitted that his alcoholism “a hundred percent” hurt his relationship with Conrad.

“I became a totally different person active in my addiction versus when I’m sober and living life in recovery. It’s a totally different mentality and thought process – the way my brain operates, it’s completely different,” he said, adding that he hadn’t spoken to his ex – with whom he has made amends – in a year.

After a string of arrests, he hit rock bottom. “My addiction drove me to suicide,” he revealed. “Not contemplation — actually attempting suicide — and somebody found me and that’s why I’m still here today. I’m very grateful for that.”

But on July 23, 2010, Wahler cleaned up, and now operates a sober-living facility called Widespread Recovery in Orange County, California. In 2013, he married Ashley Slack, with whom he welcomed daughter Delilah Ray in August.

Earlier this year, Wahler celebrated his sobriety on Instagram with a three-photo collage, which included his old mugshot and a current picture of himself with arms wide open.

The photo, which showcased the National Addiction Foundation’s logo at the top, included the phrase, “You will never know how good it is until you get sober.” 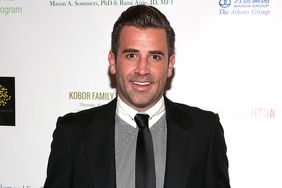 Jason Wahler Admits He Relapsed in His Addiction Battle: 'I Became Complacent & Was Blindsided' 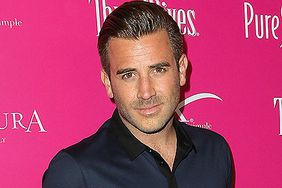 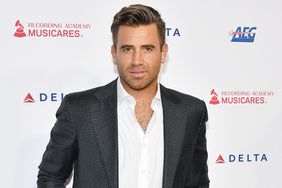