Jason Priestley Is 'Heartbroken' over Shannen Doherty's Cancer Diagnosis: 'I Reached Out to Her'

Jason Priestley wants to be there for his friend in her time of need.

Priestley opened up to PEOPLE about supporting his former Beverly Hills, 90210 costar Shannen Doherty amid her cancer battle, saying he reached out to her after hearing the “heartbreaking” news.

“I reached out to her yesterday when the news broke,” he told PEOPLE at Monte Carlo Television Festival 60th Anniversary Celebration on Wednesday. “She’s overwhelmed with well wishers and with people reaching out to her. I haven’t heard back from her yet, but I’m sure that I will very soon.”

Doherty, 48, and Priestley, 50, famously starred as Minnesota-bred twins Brenda and Brandon Walsh on the hit ’90 series. The two reunited last year for the self-referential reboot, BH90210.

“Shannen was a big part of my life,” he said. “Shannen and I will always have a bond that is very meaningful. I’m very heartbroken about the news and I wish her and her family the best in this very difficult time.”

Doherty revealed that she diagnosed with stage 4 breast cancer on Tuesday, nearly three years after announcing that she was in remission.

“It’s going to come out in a matter of days or a week that I’m stage 4. So my cancer came back, and that’s why I’m here,” Doherty said during an interview with ABC News that aired Tuesday morning on Good Morning America. “I don’t think I’ve processed it. It’s a bitter pill to swallow in a lot of ways.”

Doherty, was first diagnosed with breast cancer in 2015.

“I definitely have days where I say, ‘Why me?’ ” said Doherty of the development in her health. “And then I go, well, ‘Why not me? Who else? Who else besides me deserves this?’ None of us do.” 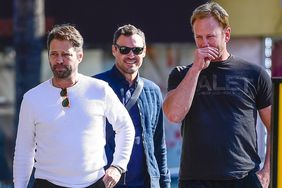 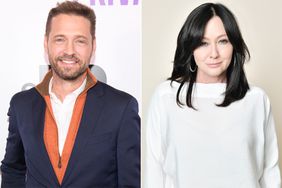 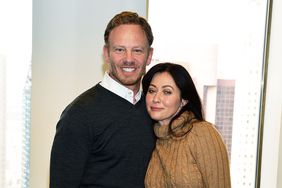