Jared Padalecki Speaks Out for First Time After Arrest, Thanks Friends and Family for 'Support'

The Supernatural star wrote, "I hope to see y'all soon" on Twitter

Jared Padalecki has broken his silence after being arrested last month, speaking directly to his fans on Sunday.

The actor, 37, was charged with two counts of assault and one count of public intoxication on Oct. 27 at a local nightclub in Austin, Texas. Addressing the situation, Padalecki wrote to his followers on Twitter on Sunday.

“I want to sincerely thank my family and friends for all of your love and support,” he wrote. “So sad to miss the #SPNFamily at #dccon but I hope to see y’all soon.”

Padalecki was set to appear at an official convention dedicated to his long-running sci-fi series Supernatural, held in Washington, D.C., over the weekend. Creation Entertainment, which hosted the event, announced that the star would not attend, and that refunds would be offered to those who’d purchased meet-and-greets with Padalecki.

Supernatural, which premiered in 2005, is currently airing its 15th and final season. Padalecki is next set to star in a television reboot of Walker, Texas Ranger.

As first reported by TMZ, Padelecki was arrested early Oct. 27 outside of Stereotype, the downtown Austin club which he frequents, after he allegedly hit two club employees in the face.

According to arrest affidavits obtained by PEOPLE, Padalecki was charged with two counts of misdemeanor assault with injury. In the affidavit, the officer who responded to the disturbance call said Padalecki “appeared to be intoxicated” and was “swaying side to side while standing.” He was placed in handcuffs while the officer investigated the situation, according to the affidavit.

According to the affidavit, both employees said that they wanted to pursue charges against Padalecki for assault. He was then placed under arrest.

Padelecki is due in court on Nov. 18, according to online records accessed by PEOPLE.

On Halloween, Genevieve shared a picture of herself with the kids, dressed to trick-or-treat, tagging Jared, who did not appear in the photo. 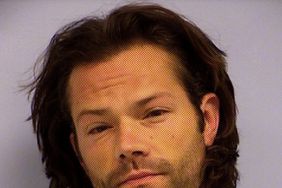 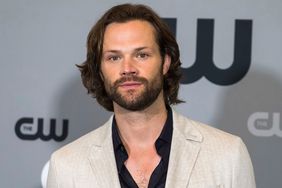