Jane Seymour, William Shockley, and Jason Leland Adams got together for Joe Lando’s birthday more than two decades after the series ended

Jane Seymour and her Dr. Quinn, Medicine Woman costars have kept in touch.

The actress, 70, took to Instagram on Monday to share two sweet snaps of herself with former Dr. Quinn castmates William Shockley, Jason Leland Adams, and Joe Lando, who all got together to celebrate Lando's 60th birthday — which falls on Thursday — a little early this year.

"Even after all these years they still carry me! My heart is full after spending time with these incredible humans," Seymour wrote. "@williamshockley, Jason Adams, and I got together to get an early start on celebrating Joe's big birthday! 60's just around the corner!"

Shockley, 58, also penned a heartfelt tribute to his longtime friend in honor of his milestone birthday⁣. "Happy Birthday to Joe Lando … my dear friend, my brother, my comrade-in-arms during our epic years spent together on 'Dr. Quinn, Medicine Woman,' " the A Country Christmas actor wrote.

"And now almost 30 years later … I know more than ever … the greatest gift in life is the time that we share together," added Shockley. "You are a soulful, talented, warmhearted man, Joey. Blessed to share the road of life with you."

This isn't the first time the cast of Dr. Quinn, Medicine Woman has reunited recently. In June 2020, Seymour, Shockley, Adams, and Lando joined former costars Chad Allen, Shawn Toovey, Alley Mills, Frank Collison, Henry Sanders, Jessica Bowman, and Jonelle Allen for a Zoom event shared with Entertainment Weekly in which the cast reminisced about their time on the Western medical drama, which ran for six seasons from 1993 to 1998.

What Jane Seymour Learned from Her 'Painful' Divorces: 'The Sooner You Can Accept It, the Better'

Seymour was nominated for two Emmy Awards for her role as Dr. Michaela Quinn in the beloved '90s medical drama — once in 1994 and once in 1998 — for outstanding lead actress in a drama series. 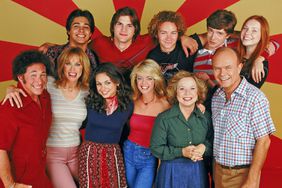 The Stars of That '70s Show: Where Are They Now? 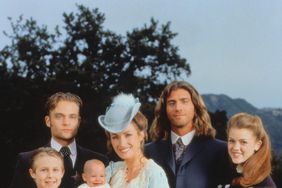 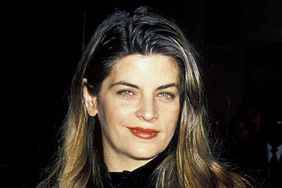 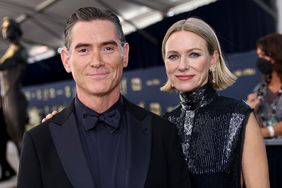